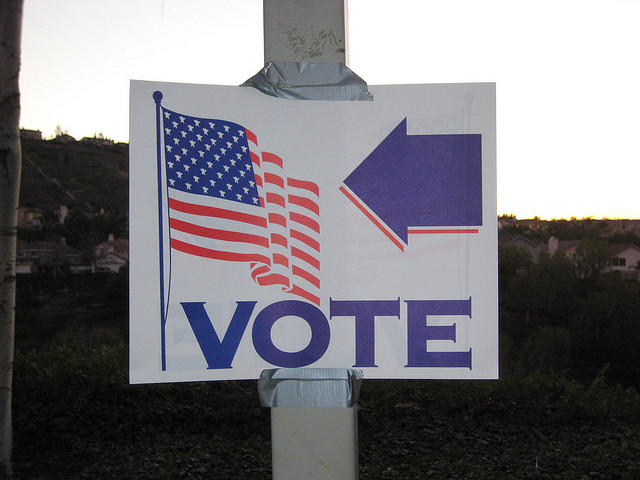 When the globe flocks to the Internet for its communicating needs, it’s only a matter of time before all of the things we do in our daily lives gets translated. While you can’t vote for a US President on the Web, yet, you can share your intent to vote, and your feelings on important issues, on Facebook.

With this app called “I’m Voting App” from the social network in partnership with CNN, you can let everyone know that you’re involved int he process.

Here’s what Facebook had to say about the app:

Former Speaker of the House Tip O’ Neill used to say that all politics is local. Today all politics is social – and the 2012 campaign is shaping up to be most social in history. With that in mind, Facebook and CNN are thrilled to launch the “I’m Voting” app — an interactive and uniquely social tool that will make it even easier for the people who use Facebook to make their voices heard this election cycle.

The app, created by platform developer and digital marketing agency Tenthwave Digital, allows users to both make a commitment to vote, and to choose the candidates and issues that matter most to them – the economy, health care, immigration, foreign policy.

The app is social, and will share your action on your friends’ News Feed. It also utilizes the Open Graph, so this action will live on your Timeline and within your Ticker.

Most importantly, for both CNN and Facebook, it seems like important demographic data will be collected that will be a part of CNN’s programming and reporting. There are already heated conversations happening in the comments area of the app.

Additionally, the app works on desktop and mobile devices, and will help serve up CNN content throughout the election process. It’s available in both English and Spanish for those in the United States.

You have to believe that Twitter will be doing something similar, but will it be with CNN? I have to say that this is a pretty deep experience and it will be tough for any other network to beat it as far as comprehensive integration and functionality.