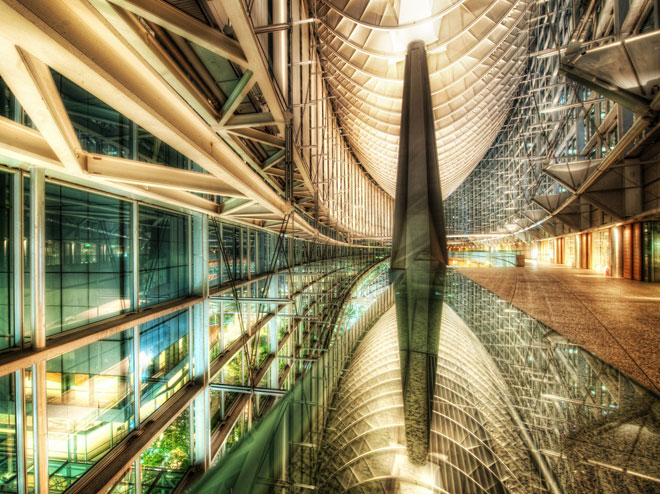 Facebook won’t always exist. Sure, a company named Facebook will exist and sure, it will have a social network that is hosted on Facebook.com. But Facebook as our go-to social network has a finite lifespan.

Like Google, Yahoo, and even Amazon, Facebook will have to recast itself as the internet landscape changes. Google started as a better search engine. As the internet grew and exploded in use, Google shifted to providing a bevy of cloud services, trying to be the provider of your core internet experience through apps such as Google Documents, Gmail, and Google Maps. Now Google is shifting gears again by moving offline with Google Glasses, Street View, and Driverless Car.

Or there is Yahoo, which started as an internet directory but branched out into search and home page services. Today Yahoo provides a home page for 700 million monthly unique visitors and remains profitable despite its ever-shrinking market share.

Finally, Amazon started as the ecommerce bookseller, but Jeff Bezos constantly pushed the company beyond the confines of that pigeonhole category. Today Amazon is plotting a network of urban warehouses that can ensure same-day delivery, and has even turned itself into the preeminent cloud computing provider with Amazon Web Services.

Facebook now confronts two external forces that will shape how it grows: mobile and the threat of turf creep from other social products. Facebook has always had a rocky relationship with mobile. It took over a year after the iPad came out for Facebook to release an app for it. In addition, Facebook’s mobile apps have been plagued with complaints about sloth-like speed and a generally underwhelming user experience. At the same time, the breadth of mobile as a platform (over 488 million monthly Facebook users and counting) means that there are huge opportunities in stitching people together in the mobile space.

Because of mobile’s rapid growth, new opportunities such as photo sharing and video sharing emerge quickly. Each time a new piece of the mobile paradigm is built, Facebook confronts a new risk. For example, Instagram quickly amassed over 30 million users before Facebook acquired them. The gaps in consumer mobile that result from Facebook’s inability to fill the mobile space fast enough provide clear opportunities to disrupt Facebook and take social eyeballs away from them. In the case of Instagram, it came at a cost of $1 billion.

The harsh economics of mitigating the platform gap risk means Facebook will work more proactively to release mobile products.  You already see the results of this with Facebook’s standalone applications: Messenger, Camera, and of course, Instagram.

As mobile increases opportunity risk for Facebook, it also causes a revenue problem. Facebook has struggled to capture mobile advertising dollars. Mobile advertising is challenged by various practical issues. First, the small display area makes it difficult to capture the attention of customers. Second, mobile is not the ideal platform for people to complete a funnel as they are often using it in short bursts of time.

As a result, mobile ads struggle to gain clicks and suffer from weak CPM rates. Concurrently, Facebook suffers because an increasing fraction of its users are on mobile (and hampered by their mobile platform weaknesses. The next 10 years of Facebook will be defined by solving the mobile problem. How do you protect against mobile threats (a la Instagram and Viddy) and simultaneously solve the mobile revenue problem?

Facebook is also threatened by the scope expansion of other social products. What if Twitter starts building out a more thorough profile? What if Instagram remained independent and built a robust web platform? The next company to supplant Facebook may well start as a feature on some existing product: A photo-sharing application that slowly expands into a social network, or a group text message application that starts building profiles. Facebook appears conscious of this threat and evidently is trying to mitigate it ia acquisitions.

The Facebook of 2022 will still lie firmly in the grip of Mark Zuckerberg, but will be quite different. Rather than a desktop-focused social network, Facebook will be the universal sign-in solution for the social web, a collection of various mobile applications, and a powerful external ad network that overcame Google’s publisher network.

Facebook has made continuous progress toward becoming a universal sign-in for the social web. Heavily used applications such as Spotify rely on Facbeook as their main sign-in provider. Facebook has accomplished this by leveraging the appeal of one-click signon as well as the breadth of data they are able to provide application developers without requiring a user registration form. Over the next 10 years, Facebook will work to solidify this advantage. Look out for more initiatives like the Facebook Fund, which provides financial incentives for people building on, or alongside, the Facebook platform.

In addition, Facebook will continue pursuing their strategy to provide distinct mobile experiences. Whether it’s Instagram or Messenger, Facebook’s mobile strategy will be a series of applications distinct from desktop Facebook that leverage their data and network while still providing a unique experience. This lets Facebook try more things while freeing mobile from legacy constraints derived from the core network’s functionality.

Finally, Facebook will become the main provider of external advertising, overcoming Google’s adwords and display business. Facebook’s eventual, and long rumored, external ad network has the power to target not only contextually within the page, but also use the reams of information that Facebook already has to attain deeper targeting. In the last couple of months, we’ve seen Facebook’s first attempt at this external ad network with the launch of Facebook “sponsored ads” on Zynga.com. Watch over the next few years as Facebook builds a large publisher network based on the promise of true demographic targeting.

The Facebook of 2022 will look a lot more like a data warehouse; that is, a utility providing users and web developers an easy way to store and access personal information. Facebook will create new ways to experience and operate with this data, such as a lineup of mobile applications and a massive external advertising network that has inherent advantages over Google’s publisher network. These changes come both from the opportunities presented by the rich set of data that Zuckerberg holds tightly, and by the consistent and growing threat of mobile. Facebook in 2022 will look much more utilitarian, but no less influential.

Read next: “Stay out of the way so that we can build a future” Jimmy Wales talks politics and tech for London