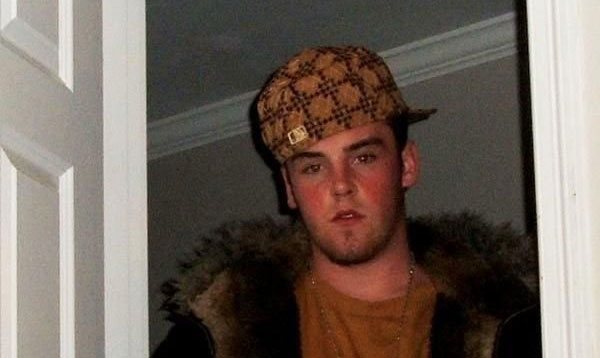 There are so many users who use Facebook to document their lives, offer informational tidbits or to touch base with long-distance friends and family. Fortunately, most Facebook patrons manage to navigate this social media space extremely well.

Inevitably, however, there are users that don’t. Let’s take a look at those unfortunates who manage more misses than hits when traversing the Facebook sphere.

Previously known as the Chronic Oversharer, the Firehoser takes the idea of the overshare to new heights. Unfortunately, Firehosers have a compulsive need to Facebook-blurb every single thing they think (or do). The same everyday greetings pepper their timelines (“Morning Facebookers, time to wake up!” or “Urg, is it Monday morning again?”).

You’ll regularly be exposed to an abundance of social gaming notifications popping up on their timelines. They also feel compelled to endlessly inform their Facebook friends just what they had for breakfast, brunch, lunch, dinner, supper and any snacks in between. And they don’t stop there – their shameless outpourings include anything from informing us of any (and all) of their various medical complaints (“Great news! The discharge is gone!”) to inappropriate bowel movement reporting.

And don’t even try to suggest to them the phrase “Too Much Information”, they’ll only turn on a nauseating stream of victim rhetoric and potentially morph into our next “Great Facebook Mistakes” category.

Yep, you know the type – one minute they’re revving up their “friends” with inflammatory attention-seeking updates or attempting to add a bunch of Facebook strangers, the next they’re nostalgically troll-tagging high school photos of their then-best-friend’s head stuck barfing down a toilet.

When any other Facebook user has the audacity to negatively comment on their efforts, they attempt to turn the tables on the very people they’re harassing by saying something like: “Heh I was only joking, ffs grow a pair!”. They then proceed to do it all over again, with a different set of ridiculous updates and yawn-provoking photo tagging.

While we’re yakking about all things that fall into the “socially improper” category, let’s not forget to mention our next Facebook douchebaggers – the Acronym Users/Abusers.

If all your Facebook timeline holds is status updates containing gratuitous use of any of the following (or worse, combinations): OMG, LOL, WTF, FFS, THX, BBFs or BTW – you unfortunately fall smack-bang into this grouping. It might be fine for you to use some acronyms some of the time, but using a whole bunch over and over again not only makes you look lame, it also makes you appear borderline illiterate.

We get it: your business is awesomesauce, you think so-and-so’s new startup (which magically has just been seed funded by a company you part own) is totally amazeballs, you think BlahBlah’s café serves the most mad-real coffee (insert here whatever hipster-or-SXSW-endorsed-brand-of-obscure-beverage in which you just happen to have a vested financial interest). Just try laying off the sales blurb and try being yourself once in a while, yeah?

You’ve all seen them:  those Facebookers who insist on turning what should be private displays of affection into very, VERY public ones. A handy hint for these types who insist on re-living every hot and heavy or cutesy bedroom performance via Facebook status-volleys: the rest of us DO NOT CARE about your revolting “lovenugget fest” or how many “<3’s” you can slap on any old comment from your significant other. Just download Pair and be done with it, m’kay?

So if you have a Facebook account and have yourself fallen prey to any of the douchebag types outlined above (and see them all too frequently smattered all over your timeline), perhaps it’s best to take a long hard look at your friend list and let the “unfriending fest” begin in earnest.