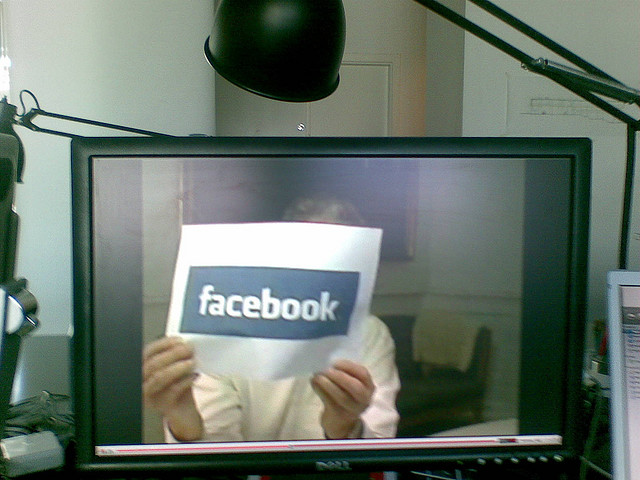 Technology news is a beast to keep up with, trust us. It’s something that we do daily and we try to do our best job to keep you, the reader, informed. When a company as big as Facebook makes significant changes or updates, we make sure to keep you alerted, as does the company.

So when people freaked out today because Facebook started dropping a @facebook.com email address into your “About” section on your Timeline, we didn’t flinch.

Facebook told us about this feature in April, and here’s how our own Matt Brian explained it then:

Starting today, the company says it will start rolling out notifications to users that haven’t already specified their Facebook email address and vanity URL, but points out that if users have already selected their vanity URLs and set up messaging will not have to do so.

Facebook provides a screenshot of what the notification will look like, offering users a choice to change the way that people reach them on the social network:

I suspect that many of us missed out on this notification because we use Facebook on our mobile devices, almost exclusively. It seems like a lot of the population missed out on the original Timeline announcements too, as it was a shock to many of my friends and family who don’t visit the web version of the social network all that often.

Regardless, Facebook did indeed make an attempt to warn everyone that Facebook email addresses were going to become more prominent. I don’t blame the company, in fact, email is the original social network in and of itself. Being able to receive messages from outside of the system is a good move by Facebook, even though some users won’t want this to be the default.

Plenty of folks are using words like “hijack” and “hack” to describe this switch, but that’s simply not the case.

It’s easily changeable, folks. Simply go to: About > Contact Info > Edit, then change everything up you’d like. Save it and then you’re done. Don’t be mad, we knew this was coming.

UPDATE: Facebook’s response on the matter:

As we announced back in April, we’ve been updating addresses on Facebook to make them consistent across our site.

In addition to everyone receiving an address, we’re also rolling out a new setting that gives people the choice to decide which addresses they want to show on their timelines.

Ever since the launch of timeline, people have had the ability to control what posts they want to show or hide on their own timelines, and today we’re extending that to other information they post, starting with the Facebook address.

Read next: Instagram gets its first iOS facelift since being acquired by Facebook, gets new "Explore" tab