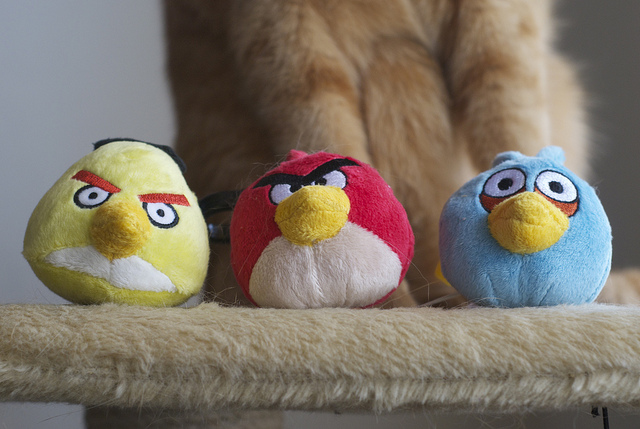 In an attempt to expand Angry Birds further across the Internet, Rovio has today launched its new ‘Share & Play’ initiative, a widget that will allow its users to embed levels directly on their Facebook Timeline, blog or any webpage that its code.

The new widget will be compatible with any Facebook user’s feed and can be embedded on Tumblr, WordPress with the generation a small snippet of HTML code.

The website owner chooses to ‘Share’ a specific Angry Birds level and visitors will then be able to play the game, trying to beat their score. The widgets don’t support many in-game power-ups and other items found in the Facebook version, but gamers can click through to play directly on the social network at any time.

It must be noted that an embedded level can only be generated from within the Facebook app. To share it, complete the level you wish to embed and hit the ‘Share’ button on the resulting score screen.

With millions of Internet users now owning a blog (whether it be a self-hosted solution or a hosted Tumblr or WordPress site), the new Share & Play feature will stimulate interaction and provide a little bit of light entertainment for visitors. Tying it all back to Facebook is clever, ensuring that everything remains as social as possible.

The game, which is available on iOS, Android and BlackBerry devices, as well as the Mac App Store and on PC, launched on March 22 and raced to 10 million downloadsin under three days, reaching 20 million in its first week.