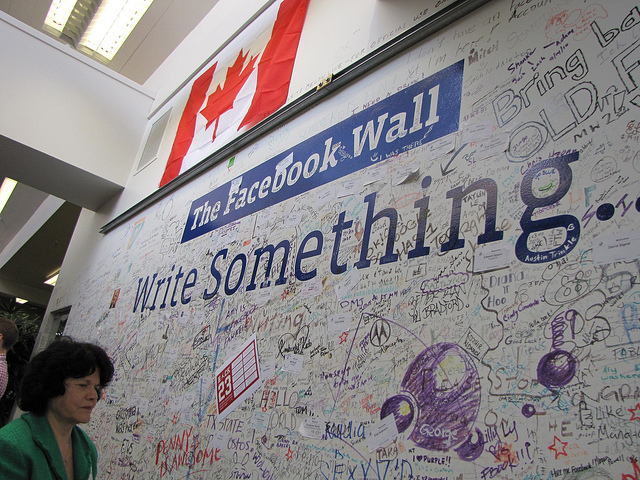 Over the course of the last week, Facebook has started to roll out a small improvement to Facebook profiles, increasing the size of a user’s profile picture on their Timeline, a move that comes just days after Google updated Google+ profiles to sport a larger photo.

Previously, a photo measured 130 x 125 pixels, overlaying a user’s Timeline Cover image. The image is a smaller version of a user’s profile image, which can be displayed in full when a visitor clicks it.

However, as Emanuele Bartolomucci and a number of Twitter users have noticed, Facebook’s profile images now measure 166 x 160 pixels.

You can see the difference below:

This makes the image more prominent but it also takes up more of a user’s Timeline Cover, which will impact those that have uploaded a custom Cover that incorporates the profile image into it.

Bartolomucci employed a custom design on his profile, but with the increase in profile image size, its effect has been altered. The old design is on the left, new on the right:

Last week, Google dropped a drastic Google+ redesign, completely overhauling the social network and giving it a much improved look. One of Google’s main changes was the profile page itself, copying Facebook’s Cover image idea but incorporating larger profile images so that users could identify the person they were adding into Circles or communicating with on the service.

If you have a unique Timeline design that relies on a smaller profile image, you may need to adapt it slightly if the redesign comes to your profile.

Facebook has made no indication as to why it has started displaying larger profile images, we have contacted the company to find out.

UPDATE: Facebook has confirmed that it has increased the size of user profile photos but has nothing else to say on the matter.