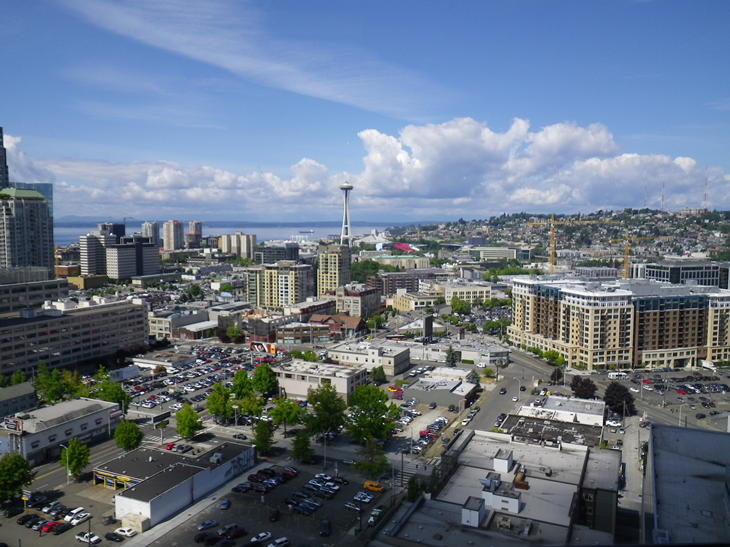 Facebook isn’t just a company in Silicon Valley anymore. The social network has offices in NYC, Austin, and now Seattle.

The team in Seattle held an open house today, discussing its plans for growing the company outside of its massive new complex in Menlo Park.

Here’s what the company had to say about the move to Microsoft’s back yard:

Just a couple of years ago, the entire Facebook engineering team was in one building in Palo Alto, California. Everyone was within a 30 second walk of each other. But in early 2010, we got to a point where we knew we needed to look beyond Silicon Valley to keep building Facebook and ship everything we wanted to ship.

Seattle, with its deep pool of engineering talent just a short hop away from the Bay Area, was the logical choice. We started the operation as an experiment with a couple of big concerns: Would we still be able to move fast and keep shipping at the same rate? Could we find enough of the right people to join?

A couple of us flew up to Seattle to get started. Two of us soon became ten, then twenty, and last year, we more than quadrupled in size. Now, as more than ninety engineers join me in celebrating our brand new office space, I’m confident in saying the experiment was a huge success.

Not only will this give Facebook access to more talented engineers, and yummy sushi of course, it gives them an opportunity to be more creative in the way that it names its conference rooms. In what is probably one of the most genius series of conference room names, maybe even more impressive than Square’s use of “Square” in every conference room, feast your eyes on Rock, Paper, and Scissors:

If you have to ask how they fight out who gets what conference room, then you’re not paying attention.

So far, the team that Facebook is building in Seattle has built and shipped products like Video Calling and Desktop Messenger. Both are products that drew interaction with Microsoft, a company that invests heavily in the company. In addition to shipping those products, the team in Seattle also works on the iOS app, Facebook Platform, and site security.