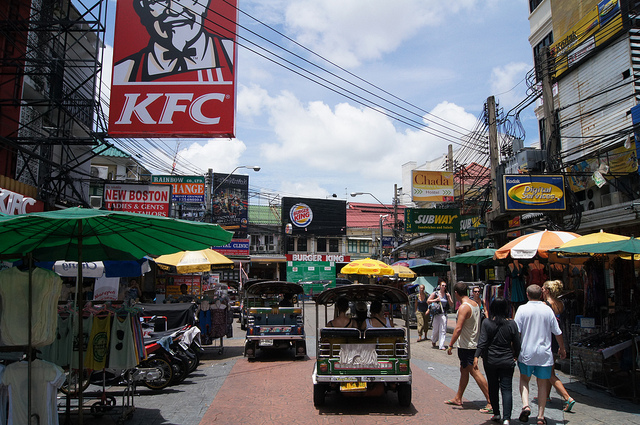 There are numerous examples of brands piggybacking on a crisis or a high-profile public event to generate buzz for their own campaigns, but KFC Thailand’s Facebook post yesterday ranks up there as one of the most inappropriate.

As the world watched on as tsunami alerts were issued in Indonesia, Thailand and surrounding countries yesterday, KFC Thailand came in for some intense criticism after it urged people to rush home during the scare but also order a bucket of chicken.

The Republic reports that as citizens evacuated coastal and beach regions, KFC Thailand posted the following message to its official Facebook page:

Thai netizens weren’t amused and flocked to a number of popular domestic Internet forums to voice their displeasure at the message, branding the fast-food chain as insensitive and selfish.

Realising its mistake, KFC removed the message and replaced it with a new post that asked for forgiveness.

Luckily, the earthquake off the coast of Indonesia — which measured 8.5 on the Richter Scale — did not cause a tsunami, allowing those affected to return to their homes hours later.

Read next: KILTR, the LinkedIn for Scots, heads to New York for international launch