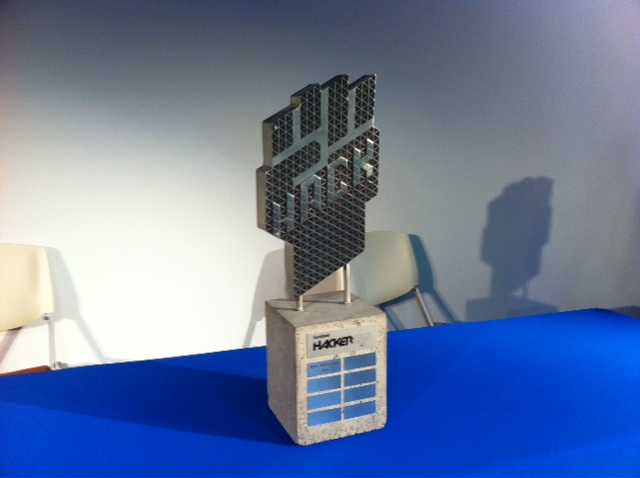 I’m at this year’s Facebook Hacker Cup competition which features some of the brightest minds in the world. The actual problems that the competitors are working on right now is something that I can’t disclose yet, but thanks to Facebook we can share a problem from last year with you:

Remember when I said that David Alves told me that these problems were “really hard”? Prepare to have your mind blown by one of last year’s problems called “Party Time”:

You’re throwing a party for your friends, but since your friends may not all know each other, you’re afraid a few of them may not enjoy your party. So to avoid this situation, you decide that you’ll also invite some friends of your friends. But who should you invite to throw a great party?

Luckily, you are in possession of data about all the friendships of your friends and their friends. In graph theory terminology, you have a subset G of the social graph, whose vertices correspond to your friends and their friends (excluding yourself), and edges in this graph denote mutual friendships. Furthermore, you have managed to obtain exact estimates of how much food each person in G will consume during the party if he were to be invited.

You want to choose a set of guests from G. This set of guests should include all your friends, and the subgraph of G formed by the guests must be connected. You believe that this will ensure that all of your friends will enjoy your party since any two of them will have something to talk about…

In order to save money, you want to pick the set of guests so that the total amount of food needed is as small as possible. If there are several ways of doing this, you prefer one with the fewest number of guests.

Output
Output T lines, with the answer to each test case on a single line by itself. Each line should contain two numbers, the first being the minimum total quantity of food consumed at a party satisfying the given criteria and the second the minimum number of people you can have at such a party.

If you have an answer for this, you’re a genius and should sign up for next year’s Hacker Cup competition. If you’re like me, don’t be sad for long because there’s only a handful of people who can figure this one out.

Read next: Roman Andreev from Russia wins Facebook Hacker Cup by only one minute