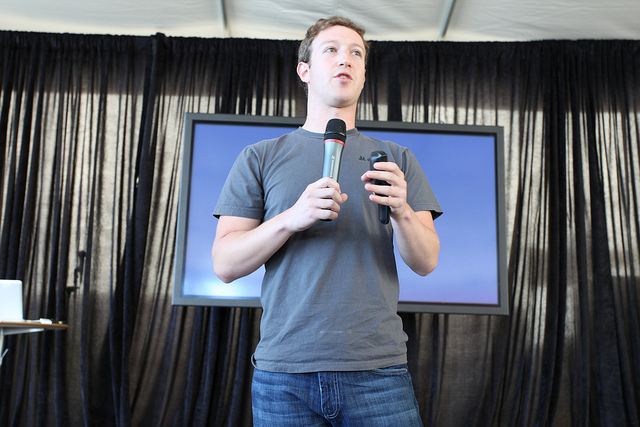 As the world digests the 200+ pages from Facebook’s S-1 IPO filing, many users are starting to receive a new update on the social network, adapting the way that it displays photos.

Facebook is continually testing new features for its users and it often rolls them out to a select number of testers, but today’s design change sees Facebook increase the size of its photo viewer and adapt the alignment of the comments and Likes on images.

And it’s eerily similar to Google+.

Faceblog alerted us to the new photo viewer, highlighting that for some users the photo viewer now displays comments and Likes on the right hand side of the Lightbox.

Julien Girard took a screenshot of Mark Zuckerberg’s photo of his desk, on which was a memo that was used to motivate him on his company’s IPO day:

Compare this with a photo on Google+:

At a quick glance, you would be forgiven for thinking that the two images were the same.

Google and Facebook have been fighting to iterate their services, sometimes incorporating features that either mimic or are directly influenced by their rival. In September, Facebook was accused of copying Google’s Circles feature when it launched its new Lists, allowing users to categorise friends and family and post updates to selected friend groups.

Facebook’s new photo layout is a significant improvement — even if it is remarkably similar to Google+ — as it brings comments back above the fold and makes responses easier to read.

One thing to note from the change is that Facebook is also embedding advertisements into the photo viewer, expanding the ways in which they can be delivered. This could irk some users, who could be unhappy that ads are being served alongside their photos.

We don’t know if Facebook intends to make this a default feature but we hope so, we have contacted the social network for more information and to ask what we can expect from the new layout.

Read next: Amazon moves into India's e-commerce market with the launch of Junglee