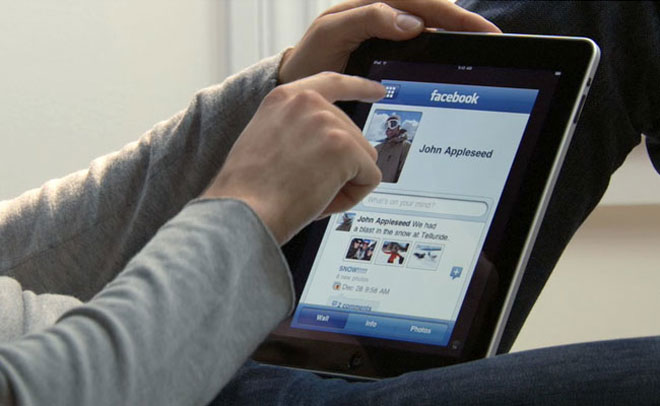 Facebook has finally revealed its official iPad app. This long awaited tablet version comes with multi-conversation chat, a photo browser etc. Persistent access to notifications, messages, and requests will also allow users to check for new alerts while bookmarking their previous place elsewhere in the app.

Among the revealed features is the option to access third-party apps and games directly from the app, allowing users to jump directly to the App Store if available for download. iPad users can now also access Facebook’s slide-out navigation menu that enables convenient switching between core in-house apps, with all of the alerts users would need also located on the top dashboard.

Multiple conversation chats, full photo browsing, gestures that allow zooming and HD video recording — the app appears fully featured. No word on when the official Facebook app will be available for download from the actual Apple App Store, but as usual, I will keep you updated on the latest news.

UPDATE @ 2PM PST: The app is definitely available on iPad now. It’s simply not listed under iPad apps yet on the actual Apple app store. It’s under the same application as the iPhone app, so downloading that will reflect the changes in the iPad version. You can download this here: https://www.facebook.com/mobile/ipad or http://itunes.apple.com/us/app/facebook/id284882215?mt=8

Discover the bootcamp every Facebook engineer has to complete. 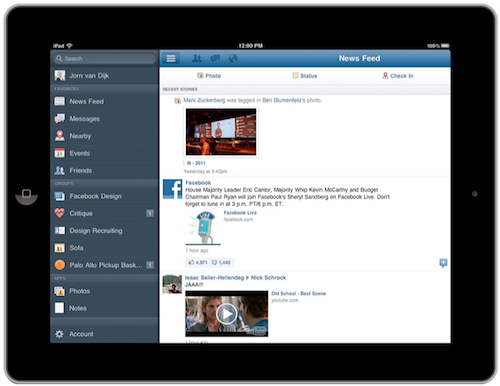 Read next: Microsoft employees confirm: Next Xbox is under development