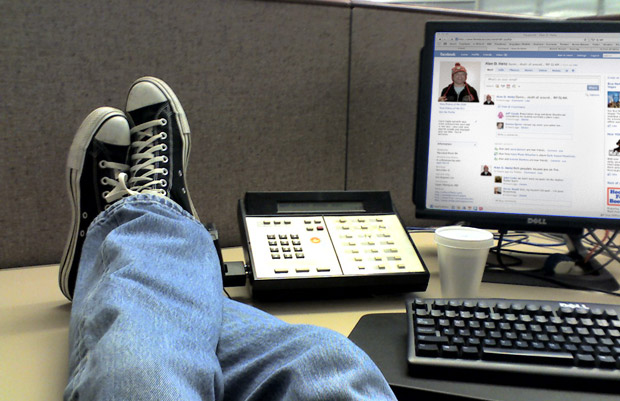 A judge has ordered a New York nonprofit to reinstate five employees who were fired after they were found to be complaining about their jobs on Facebook, a decision that is thought to be the first of its kind.

Inc.com reports that a National Labour Relations Board judge said that because the employees were discussing working conditions at Hispanics United of Buffalo out-of-hours, they were protected by the National Labor Relations act, which states that a company cannot be seen to be “interfering with, restraining, and coercing employees in the exercise of rights” which are guaranteed by the Act.

The case started in October 2010 when an employee of Hispanics United of Buffalo – a nonprofit that provides social services to low-income clients – posted a message to Facebook stating:

“[A co-worker] feels that we don’t help our clients enough at HUB. I about had it! My fellow co-workers: how do u feel?”

Five minutes after the post, a co-worker responded and said that he/she was merely trying to their job, with others moving to defend their own work performance, bemoaning the state of the working conditions at their employer. Within five days, five employees were fired by the director of the nonprofit, claiming that the posted comments constituted harassment of an employee.

As a result, one of the five took their complaint to the NLRB, which saw a ruling return in their favour:

Judge Amchan ruled the employees were protected because theirs was a conversation among co-workers about the terms and conditions of employment, and that their conduct did not forfeit their protection under the law.

He ordered the nonprofit to reinstate the five employees and issue back pay because they were fired illegally. He further ordered Hispanics United to post a notice in Buffalo about employee rights under the Act.

The nonprofit can appeal the decision with the board, it is not known whether it will. One thing is for sure, the reception for the returning five employees will not be a welcome one.

Read next: Entrepreneurs: 10 tips to maintain a healthy lifestyle