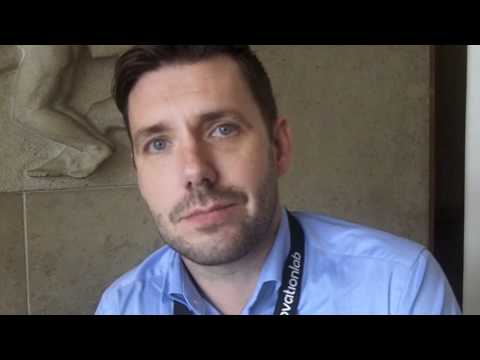 Ads on Facebook have pretty much always had their place ; we know they’re going to pop up on the right hand side, clearly labelled under sponsored content. And up until the introduction of Sponsored Stories, we knew exactly what these ads looked like. They looked like – ads – promoting a service or company and following a standard format. Sponsored Stories changed that once when the content advertised became ‘natural’ stories on Facebook.

Now Facebook have gone one further than that and introduced something that has far-reaching consequences for the role of advertising on the site : ads in the newstream.

Now We Know Why The Ticker Was Built

When Facebook introduced its news ticker for apps, where you can see recent activity your friends have made on apps :

This is all well and good, as it provided a new way to discover friends’ activity on Facebook. But when this update was made, they kept something a little quieter – the fact that Sponsored Stories will now be appearing in this ticker as well. This is the first time that we have seen Facebook integrate advertising so seamless into the organically created content on the site, and it looks as if they’re experimenting with this in a ‘quieter’ place on the platform, away from the main newsfeed. As reported on Inside Social Games, the Sponsored Story will appear with the line ‘sponsored’ below, but this is hard to spot and apart from this it looks identical to the organic stories in the ticker :

This is a hugely significant change from Facebook, as it shows they are willing to blur the lines between natural and sponsored content in a way that they have never really done before. It seems as if they are testing this on the app news ticker softly, to gauge user reaction and the rate at which the sponsored stories are clicked ahead of the natural stories.

The move by Facebook is clearly an attempt to get more people clicking on ads, by ‘disguising’ them. It started with Sponsored Stories, which many users don’t actually realise are sponsored at all, and has now progressed onto the next stage. This is perhaps a reaction to the fact that not enough people are clicking on ads as they’d like. A survey just released shows that those aged 50+ are 28% more likely to click on an ad than those aged 18-29, and are 9% less likely to click the Like button. This is worrying for Facebook and other social networks, as it demonstrates the fact that the younger generation are more savvy about social advertising and therefore less likely to engage with it. Social networks need this advertising revenue to survive, so the trick therefore is to make ads look less and less like ads at all, and this recent example is the most extreme measure we’ve seen Facebook go to in order to do that. This is evidently a serious problems across all social platforms, as Twitter has just revamped their ad offering again, this time showing users tweets within their newstream from accounts that they’re not even following. These ads will show up among your usual tweets from people you follow and there won’t be an opt-out option for this. It sees Twitter take advertising even further, as companies could first target these ads in a way to users who were following accounts similar to their own, but now you can target anyone, in any way you want. It shows an attempt to not only squeeze more advertising onto the site, but to do it in such a way that it becomes less clear to the user which is sponsored content and which is organic.

For the social networks and advertisers, this is clearly a good thing. Make your ad look less like an ad and people are more likely to click on it. But what is the implication when people realise that they’ve essentially been tricked? If advertising is done well, if it is targeted, relevant and promoting something valuable, it shouldn’t matter that it looks like an ad. Integrating paid and organic content in this way could have wider consequences for social networks as they risk losing the trust of their users and the value of the site.

Read next: Munch On Me is a deals site that makes merchants drool