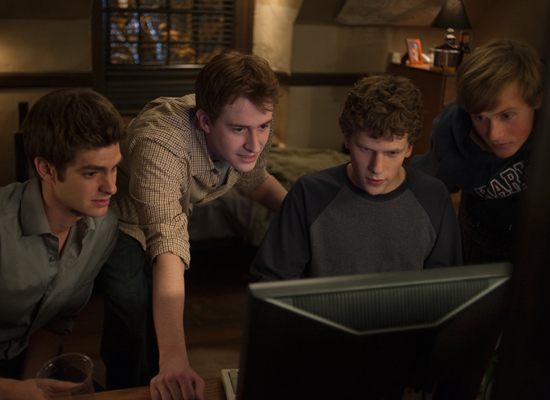 If you’ve seen The Social Network, you’ll know that Facebook creator Mark Zuckerberg originally created Facemash, a ‘HotOrNot’ tool that compiled the online “facebooks” of nine houses at Harvard University and allowed students to choose which was the hotter person.

To create the tool, Zuckerberg hacked into sensitive areas of his university’s computer networks and copied the private ID images of residents, attracting 450 visitors and 22,000 photo-views in the first four hours online. He was then found out, taken before a panel and threatened with expulsion – all before he created TheFacebook.

However, in a weird twist of fate, Facemash has returned, but in a different guise.

Fitsort is not an official Facebook tool, but a third-party service that utilises Facebook Connect and APIs to serve pictures of a user’s Facebook friends, allowing them to choose the hotter of the two profile pictures displayed. It is completely anonymous, storing only your name, your friend’s name and rating so that it can serve the same service for other users.

According to the site, Fitsort uses a “filtered, gaussian-normalised version of the ELO rating system called fitscale” to provide random friends and fair ratings whilst using only publicly available information. It works on smartphone browsers and there is even an Android application in development.

The system works by determining the sex of the user and then displaying friends of the opposite sex, although you can rate both men and women.

After a vote is cast, points are awarded and ratings saved. At any time, a user can view their stats to anonymously see what their friends think of them, but also view a leaderboard of friends determined by their ratings by you but also other Facebook users who share the same connections.

For those not wanting to be included, Fitsort provides an Opt Out button, ensuring you aren’t indexed when a friend of yours uses the service.

If you are feeling particularly judgemental or just want to see what results it throws up, take a look.

Read next: Just launched: The Final Edition, a dedicated parody of NYTimes.com