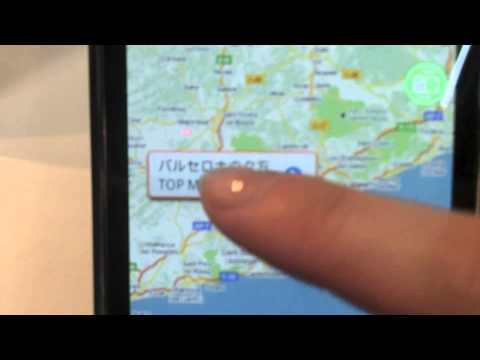 As many as half a dozen respected and well trafficked sites had their Facebook pages removed on Thursday, apparently in response to copyright infringement claims. The problem? They weren’t infringing any copyrights and have only posted their own content. Updated

The removal of the pages seems to have been precipitated by a flawed copyright infringement complaint system that is allowing random users to cause the takedown of pages simply by lodging unfounded complaints.

The issue has affected several well-known sites, among them Ars Technica, who says that the only bit of information that Facebook has given them so far is the standard infringement email, which offers no explanations or detailed information about exactly which content had been flagged as copyrighted.

The only additional info in the body of the email is a link to Facebook’s generic Intellectual Property Rights page, which offers no way to query the content that had been flagged or any recourse

Not only did we lose our fan base of over 74,000 tech fanatics, we have also lost reputation of our brand. Soon after Redmond Pie’s Facebook page was disabled on fake trademark claims, the impersonating party created a new page and promised “top 10” people who suggest this page to their friends “free iPads”.

This screenshot shows the impersonator posting as Redmond Pie.

That page was removed by Facebook after being flagged as a duplicate.

Redmond Pie was able to get it’s page back after the initial removal on March 26th, with all 70k followers intact, but the page didn’t last long as another claim brought it down and Facebook has yet to restore it.

In Neowin’s case it’s been dealing with this issue since March 28th when it’s page was removed for the first time.  The page was subsequently restored but was then taken down twice more, due to the same infringement claim. Despite much communication with Facebook over the matter Neowin has yet to have their page restored.

The only response that Neowin has been able to get from Facebook is that their page was removed because it infringed on the copyrights of one of Facebook’s clients, a robot toy company called ‘Neowin’ that apparently does not exist.

The page uses trademark that belongs to one of our clients. The trademark “Neowin” represents a store of robot toys and is registered in UK and US.

We at Neowin did our diligence and scoured the Internet looking for this begotten robot store. When we dug through the trademark website of the US, we found no evidence of this, likewise can be said for the UK.

Neowin has yet to resolve the issue and Ars has received no further response from Facebook. We have reached out to Facebook for comment ourselves but have yet to hear anything back.

Over at ReadWriteWeb Sarah Perez makes the interesting point that any user can initiate a takedown of a page using a fake email address as Facebook doesn’t even verify the addresses.

Because the social network does not validate the identity of anyone submitting a DMCA takedown notice, nor does it does check to see if the report was sent from a legitimate email address, anyone with an ax to grind can fill out a form with bogus information to see a Facebook Page disappear, sometimes for good.

Obviously something is seriously wrong with the way that Facebook verifies copyright infringement claims under the Digital Millennium Copyright Act and they need to address both the verification process and the methods that page owners have to dispute those claims.

Update: Ars Technica has reached someone at Facebook and they are working with them to figure this issue out.

Update 2: Facebook has contacted us to say that they are working on fixing the issue and, as we previously mentioned, are speaking to Ars Technica. We will update you further if they give us information about how the problems occurred.

Update 3: At this point it looks like Ars Technica and Neowin have had their pages restored. TiPB’s page is also back up but it’s number of followers does not seem to be accurate. There has been no explanation forthcoming from Facebook about the restoration of the pages or the method in which they were removed. Redmond Pie’s page remains down completely.

Update 4: Redmond Pie’s page is now back. None of the sites affected have yet received any information or explanation from Facebook.

Update 5: Facebook spokesperson Brook _ has made a statement on today’s events:

This system evaluates a number of factors when deciding how to respond and, in many cases, we require the reporter to provide additional information before we can take action. As a result of these efforts, the vast majority of intellectual property notices that we receive are handled without incident. Of course, no system is perfect and we are always striving to improve our practices. As such, we will be considering the results of our investigation into this matter as we continue to refine our systems and procedures.