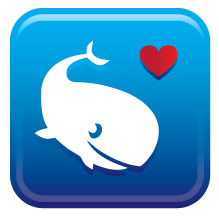 When you’re the CTO for one of the world’s largest websites, you get to gather quite a lot of insight about what it takes to make things run smoothly, where the trends of the Internet are headed and what comes next. Facebook CTO Bret Taylor is just the one to answer these questions and he has some information about where Facebook is headed next.

Speaking to The BBC, Taylor states that the biggest challenge that Facebook faces from technology is in offering its product to a wide variety of devices.

…if you’d asked a few years ago what’s the right development platform for Facebook, it would have been easy, we would have said we’ll make a website delivered via HTML, and that would be acceptable to anyone who wants to use Facebook.

Understanding the rise of mobile, however, Taylor says that Facebook will have to update “about seven different versions” of its mobile product with each iteration. The focus, then, is shifting away from dedicated applications and moving toward an HTML5 environment.

The end goal, says Taylor, is that there will be a single version of Facebook for mobile devices. This, obviously, works well with scaling and fragmentation across the entire mobile platform. However, there’s always a challenge in getting people to accept that a web page can be an app.

Taylor has some interesting points about what Facebook is, as well. Instead of focusing on the idea of a social network, he sees Facebook as a platform upon which other successful businesses find their social spin. One area that he believes is ripe for that is in news and media.

Building on the thought that watching a program with a friend is an inherently social activity, Taylor focuses on the success that Zynga has seen by integrating Facebook into its own games.

We’ve seen the Facebook platform really take off in the gaming industry. Zynga for example is a company based in San Francisco…The company is completely defined by social gaming – games that you play with your friends. All of their games are Facebook-enabled.

And so, unsurprisingly, Facebook’s next big pushes appear to be in the areas of furthering itself as a platform while making itself universally accessible. There’s a single quote, though, that really caps off what Taylor has to say. Speaking about his time at FriendFeed, Taylor says that the company focused too much on narrowing overhead, which was ultimately part of its demise.

A somewhat profound statement, coming from the CTO of an company carrying a $50 billion valuation.