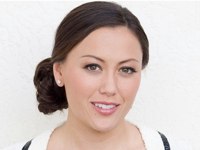 You might remember a couple of weeks ago when we told you about the breaking news of Goldman Sachs investing $500 million into Facebook. Now, with a release from Facebook, we see the actual numbers as they happened:

For those not familiar, an “oversubscribed offering” is a situation in which the demand for an initial public offering of securities exceeds the number of shares issued. Clearly, there is more interest in Facebook at this moment than what the company is willing to release in shares.

The release goes on to talk about the what’s and why’s of the deal, stating that Facebook was approached by DST and Goldman Sachs for the investment opportunity. The site had the option of accepting between $375 million and $1.5 billion, and opted for a nearer-the-top figure.

Oddly, Facebook doesn’t show any immediate plans for the money other than to “continue investing to build and expand” the operations of the site. Beyond that, we’re not given much more information. We’ll keep digging around and let you know what we find.