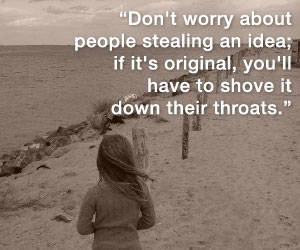 As 2010 draws to a close, social networks and search engines roll out the top trends that have dominated trends or searches over the past year. Facebook has published second yearly report, entitled “2010 Memology: Top Status Trends of the Year” and the results aren’t quite what you would expect.

Facebook analyzed status updates across 236 countries, computing the rate at which each phrase occurred in 2010 and compared that to 2009, noting phrases and terms that has grown significantly during that time.

World moments dominated the top trends of 2010, user statuses updated to reflect the tragedy of the earthquake in Haiti and the rescue of the Chilean miners, both present in the top 10 trends on Facebook.

When the earthquake struck Haiti, status updates hit Facebook within a minute. Facebook hosted the first reports of the disaster, users from the Dominican Republic updating their statuses after feeling the aftereffects of the quake. Just four minutes after the quake hit, updates were being posted at a rate of 120 a minute and as the rest of the world came to know about the disaster, mentions of the quake hit a peak of 1800 posts per minute a day later.

The Chilean miners, or “Mineros” hardly figured at the time of the collapse, only Chilean users taking to the service to express sympathy for the trapped miners. A week later, when the miners were miraculously found alive, the world started to talk about them but was still focused in Chile. Over the course of the next 60 days, the world watched the trials and tribulations as workers above ground scrambled to drill rescue shafts.

When a shaft was drilled and rescue possible, millions of people updated their statuses around the world. Facebook notes that people watched so carefully, that when looked closer at posts during the rescue, they saw 33 unique spikes in activity — one for each of the rescued miners.

On a more lighthearted, the internet acronym “Hit Me Up” or HMU as it became to be known, went from being a relatively unknown term in 2009 to one of the most popular trends of 2010. HMU was literally unheard of in 2009, many instances attributed to user error. In May 2009, it was averaging 20 mentions a day, doubling each month to be mentioned in about 1,600 posts a day by the end of the year. Even though it grew quite substantially, it failed to make last years list.

This year however, HMU continued to grow, by the end of the summer the term was mentioned 80,000 times a day. Facebook users were using the term to ask their friends what what happening as of an evening, particularly over the summer, but as they returned to school, it was only really posted at weekends.

There have been a number of high-profile sporting events across 2010 but none were as popular or widely discussed as the World Cup in 2010, with at least 2.8 million mentions as Facebook users rode the pre-game buzz and chatted with their friends about the upcoming World Cup final. World Cup teams and players were regularly mentioned during games, with 50% of all status updates dedicated to a users national team and the eleven men representing them on the pitch.

As expected, movies and music continued to trend on Facebook with Toy Story, Inception and Twilight Saga: Eclipse films discussed on the popular social network. Facebook notes that many of the status updates dedicated to movies where posted from mobile devices as soon as the film ended, noticing that people who waited to post about the movie from their home computer took an average of 30 minutes to do so.

It wouldn’t be an accurate report if a social network doesn’t have a mention of Justin Bieber. Bieber, who dominated both Google and Twitter trends in 2010, also figured highly in Facebook users’ updates, peaking when he attended the MTV Music Video Awards in September.

Apple’s iPad and iPhone managed to grab 25 million mentions on Facebook, posted by users who were showing off to their friends, lusting after the device or bemoaning the antennagate issues experienced when the iPhone 4 first launched.

The rest of the top ten saw mentions of Facebook Games, the term Airplanes and the number 2011 figure highly. Facebook Games grew in popularity thanks to games like Farmville, while mentions of Airplanes rose thanks to the popular song by B.O.B. As for 2011, we guess that some people can’t wait for the new year, whether its because theres an important event coming or the new year would be the start of something new for Facebook users.

Read next: CNN for iPad now available on the App Store