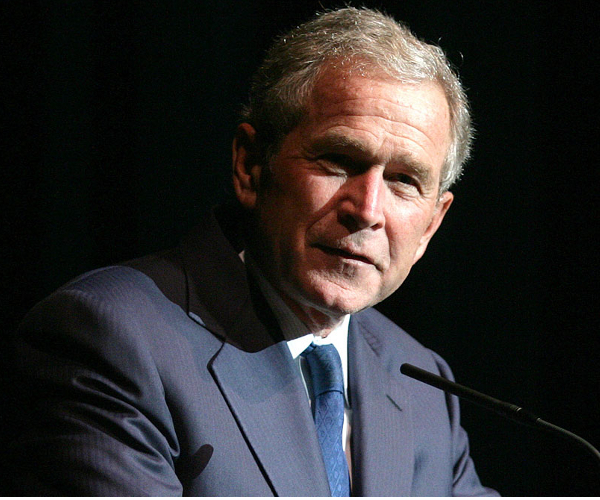 Facebook announced the news this afternoon and after just 35 minutes there were already 1,342 comments and 2,797 Likes on the announcement. Bush will go live on Facebook Live at 2pm PST, November 29, for an undisclosed time period.

There is no more information [there is now, please see our update below] on the Facebook post about whether anyone will be interviewing the former president, or whether it will be conducted in a town hall format. Also, there is nothing mentioned on whether or not Facebook CEO Mark Zuckerberg will be present, but we’re guessing as a former US president is visiting his company’s headquarters that he will be there.

Current President Barack Obama has held live Q&A on the White House’s Facebook page before, but not from Facebook HQ. Bush just recently joined Facebook (in the form of a Facebook Page to promote his book) and has about 609,000 fans at present.

We’ll email Facebook to see if we can get any more information, though as it’s a holiday weekend, we don’t expect to hear back from them before tomorrow.

UPDATE: Facebook got back to us with this statement:

Here are some details about former President George W. Bush’s visit to Facebook headquarters in Palo Alto today. President Bush will visit Facebook at 2 pm PT where he’ll speak to employees about his new book, Decision Points. Facebook Founder and CEO Mark Zuckerberg and General Counsel Ted Ullyot (who served in the Bush White House) will lead the discussion and Q&A, which will be livestreamed on Facebook Live, our official live video streaming channel. In connection with the release of Decision Points, President Bush has granted a series of interviews and speaking engagements around the country. Facebook is the only stop that President Bush is making during this trip to the Bay Area.

So, what would you ask the former president?

Read next: What's On Your Bucketlist?