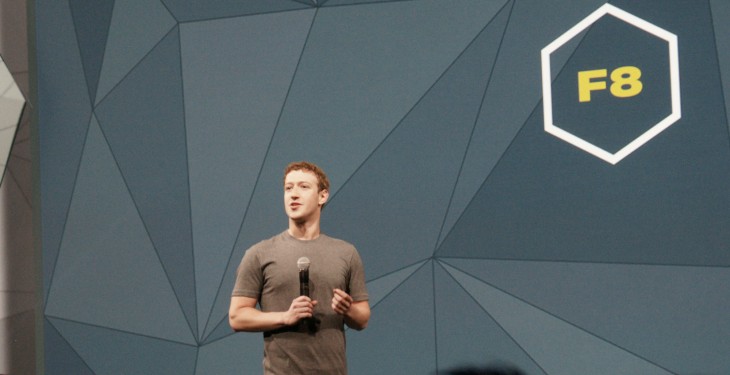 At today’s F8 conference, the focus was on developers. If you’re building for Facebook, today was chock full of news nuggets. If you’re just a regular user, there was at least one refinement to make the apps you use with Facebook less intrusive.

Bookended by Mark Zuckerberg, the keynote was used to share information about three key areas: Build, Grow, and Monetize. The overarching idea is that, now that Facebook has stabilized its platform, it’s investing in tools for developers to grow and make money with their apps.

Here are the announcements that will help developers (and users) get the most out the Facebook experience:

Thousands of apps use Facebook Login. Now when a user logins into an app for the first time in addition to deciding if that app can post to Facebook on the users behalf, you can fine tune how that app interacts with your information during the initial login. Plus, you can now login anonymously.

Developers can apply to the new FbStart program for access to free tools and services “to get your app up and running fast.” the program includes two tracks: Bootstrap (up to $5,000) and Accelerate (up to $30,000). If selected, developers will receive credits for Facebook advertising, access to the cloud-based program Parse, and free services that deliver product testing, recruiting, customer care, video conferencing, and document management.

Get ready to Like items in third-party mobile apps. The company introduced the button today on mobile giving developers access to users’ Timelines with just the tap of a button.

Local Datastore for offline app use

Facebook announced Parse SDKs for offline data storage, allowing developers to keep apps running while a mobile device is no longer connected to the Internet.

Going forward all of Facebook’s core APIs and platforms will come with a two-year stability guarantee. Plus, the company promises to fix all major bugs within 48 hours.

Developers can now link between apps. For example while listening to a song in Spotify, you can click on the SoundKick link to load that app to purchase tickets to see that artist in concert.

Developers can create Facebook App IDs quickly for development testing and staging. These apps can be used to debug issues and are always in development.

And finally, Zuckerberg announced that F8 will now be an annual affair. Next years F8 will take place at San Francisco’s Fort Mason on March 25 2015.

Read next: The difference between 'urgent' and 'important'