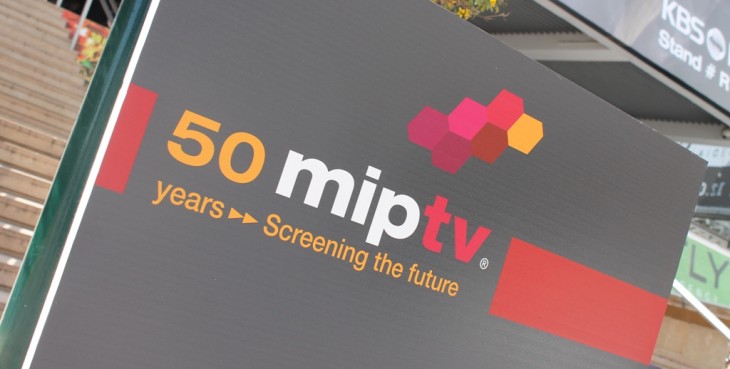 Earlier this month, we brought you news on the 10 finalists vying for victory at the MIPCube Lab event in Cannes.

The event promised to shine a spotlight on up-and-coming startups from within the TV and video industry, ones who are reinventing business models, producing new services/technologies, or otherwise improving the content experience.

Then there’s the Content 360 contest, designed to highlight producers and the creative content they, well, produce. And the MIPCube TV Hack was a particularly interesting one, which promised to serve up a slew of innovative ideas and new ways to interact with TV.

Now, the winners have been announced. And here they are…

For MIPCube Lab, the emerging victor was Gil Rimon from a startup called Stevie (Israel), which is essentially a social TV layer that combines videos shared via your Facebook and Twitter feeds, along with other popular videos from YouTube. To keep the experience as “lean-back” as possible, it is displayed directly over the content you are watching. You can read more about our previous coverage here.

There were a number of pretty interesting entries during this year’s 48-hour hack – including a teddy-shaped ‘TV Companion’ for children watching TV. They squeeze it when something scary happens on the screen, for example, and the parents receive a message.

Another one was Twitter Timelord, which is aimed at catch-up/on-demand TV. It surfaces tweets that were sent by viewers during the original live broadcast, and broadcasts them again to give the impression of real-time. It’s a wonder this isn’t already being done, though it has been attempted before.

But the winner was Reactive Video Players, a hack that taps gesture controls to change the camera viewpoint, courtesy of Andrei and Audrey.

During a very energetic demo, the viewer moves in any direction in front of their Web cam, and this changes what video is displayed on the screen. It is, of course, purely a proof-of-concept, but demonstrated how this could potentially be used in TV-broadcasts. For example, a viewer could move to the left of the camera’s field of view (this could also be a Kinect sensor), and the on-screen action changes accordingly. Certainly, for Web cam-enabled TVs, this could be something to consider.

Indeed, the winner was ‘transmedia storyteller’ Alex Alexander from 412 (Australia), with his project Step 1.

“In Australia, mobiles and tablets are already being used as the primary source of Internet, and this has happened organically over a number of years,” says Alexander. “But in Russia, however, PCs continue to be the preferred access point for Internet. My campaign is a transmedia drama that plays out in real-time with the sole aim of changing the way that Russians use the Internet.”

Alexander says that Russia needs a massive paradigm shift from PCs and featurephones, to smartphones. But to shift consumer behaviour on this scale, in a short period of time, they have to think big.

The drama presented by Alexander was based on the notion that cable Internet was taken away by an organized hacktivist group. “It’s a modern day War of the Worlds’,” he says. “The attack is a virtual one, but everyone in Russia can save the day.”

Certainly, it was an interest concept, particularly in that it had a genuine underlying motive to change user-behavior in Russia. It will be interesting to see if this does indeed play any role in changing Internet-access habits in Russia.

Meanwhile, you can follow all our coverage from MIPTV and MIPCube here.

Read next: Google to invest nearly $400 million in Belgian data center to 'meet growing demand for its online services'