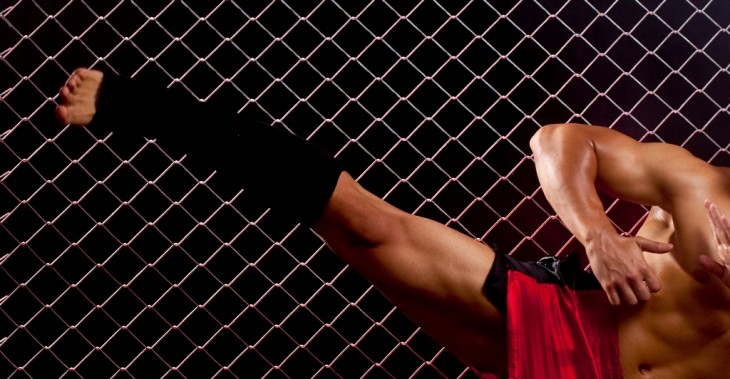 Mortal Kombat‘s come a long way since it first landed in arcades back in 1992.

Since its initial launch, the brutal (well, by 90s standards) fighting game franchise was subsequently ported to a myriad of home games consoles, from Sega Master System to SNES. And the brand is still very much alive and kicking today on more modern systems, including the PS3 and Xbox 360.

But Mortal Kombat has long since transcended its gaming roots and has found a home on multiple mediums in the past couple of decades. Two movie spin-offs hit the silver screen in the mid-90s, while an animated prequel, comic books, live stage-shows, a techno album (yup), and TV shows have seen the light of day.

But a few years back, Warner Premiere – the now-defunct direct-to-video label of Warner Home Video – opted to take the Kombat franchise into the 21st century digital age. It produced a 10-episode Web series called Mortal Kombat: Legacy, which debuted on Machinima‘s YouTube channel in April 2011.

To say the series was a hit would be something of an understatement. Consisting of nine 8-12 minute videos, the inaugural season garnered somewhere in the region of 65 million views. And last summer, Legacy director Kevin Tancharoen announced that a second season was to be made (plus, a feature film is en-route), with more fight scenes and better special effects. Production started in LA late last year, and the first footage debuted via a trailer in February.

Then, just last week, a TV spot aired during AMC’s The Talking Dead (a live talk show about The Walking Dead) for the upcoming Mortal Kombat: Legacy series – this was the first time a YouTube channel had procured ad space on TV.

As with the first season, the latest series will be broadcast exclusively on Machinima’s YouTube channel (via Warner Bros. Digital Distributions). And at MIPCube in Cannes today, The Next Web was on hand to see what Mortal Kombat: Legacy producer/director Kevin Tancharoen and Lance Sloan (Head of Digital Programming and Development at Warner Bros. Digital Distribution), had to say about the Web-based blockbuster. It’s a pretty interesting story.

Just to recap, Kevin Tancharoen is actually a dancer/choreographer having worked with big names such as Madonna and Britney Spears. He also co-created DanceLife on MTV, and previously made his directorial debut with the film Fame, back in 2009. But it is with a short proof-of-concept made by the lifelong Mortal Kombat fan where this story begins – Mortal Kombat: Rebirth, which paved the way for the eventual commissioning of Mortal Kombat: Legacy.

“It started with this short film, that I did on my own….because I wanted to distance myself a bit from the dance and music world that I was immersed in,” explains Tancharoen.

“So, over the weekend, I produced it with a bunch of my friends, for nothing but favors, and – a lot of folk think I’m lying when I say this – but it was accidentally publicized on YouTube.”

Indeed, Tancharoen says he intended to create a private link to send to his friends and agent, but being ‘new’ to YouTube as a publishing/broadcasting platform, he made the video public, rather than private. “I started seeing stuff on Twitter, and I thought maybe someone had beaten me to make some sort of live-action Mortal Kombat,” he says. “Then I clicked on it…and it was my YouTube page. I then panicked…as I thought there was some kind of legal issue with it.”

Tancharoen’s efforts, which took him the best part of a weekend to create in the summer of 2010, garnered somewhere in the region of 7m views in just a few days and, naturally, it found itself on the radar of Mortal Kombat’s publisher, Warner Bros., which was apparently considering legal moves.

By 9am, Sloane says he suspected that Warner was going to go after Tancharoen for breach of copyright…but by 4pm, once they saw the traction it was gaining on YouTube, they thought better of it and instead invited Tancharoen in for a ‘chat’.

“His video had worked its way around Warner Bros. to the highest level, and we started to see a fan-base form around it,” says Sloane. “Our new CEO was like, ‘who is this guy? This is incredible.’ And four minutes into our meeting, we realized we had to try and realize his vision.”

At  this first meeting at Warner Bros. HQ, Sloane led Tancharoen into the CEO’s office who was in a board meeting with more than 20 guys, all in suits. “After a brief introduction, they all jumped up and said ‘that’s him, that’s the guy’,” said Sloane.

While Sloane was thinking positively about the meeting, it seems that Tancharoen wasn’t.  “I thought I would go to Warner Bros., shake everyone’s hand and then the last person would issue me with my legal papers, telling me I’m sued. So the reaction I got was a very welcome surprise.”

The reaction here was a very interesting one. Perhaps only a few years before, Tancharoen may well have been on the receiving end of a take-down notice and some heavy-handed legal action. But it’s credit to Warner that they actually saw the potential in what Tancharoen had created and decided to commission a Web series instead.

“Mortal Kombat has been used as an example of how you can take risk online, incubate it and see how it can progress from that,” says Tancharoen.

And this is echoed from Warner’s standpoint – it seems it’s tentatively feeling its way around this new online world order, and is figuring out how to make best use of it.

“We’re really trying to figure out ways to move platforms,” says Sloane. “From that meeting, we started discussing a feature film, and that evolved to where we are now in the Greenlight Committee at the studio. But in the meantime, we’re able to do a second season.”

In many ways, we’re at a crossroads where studios are still trying to figure out what a ‘Web show’ looks like, in relation to what a broadcast network show looks like. “With Mortal Kombat Legacy, in our discussions, we wanted to just let Kevin do his job,” says Sloane. “And Warner allowed that, which was amazing.”

“I hope that spirit (from the studio) remains intact as this model grows,” chimed Tancharoen. “Because it does allow a lot of creative freedom. It’s still something of a new format, and is a sense of ‘hands-off’, which allows the writers and I to take what we love from the video game, and write it from a fan perspective.”

But is there anything inherently different about creating a Web series such as Mortal Kombat: Legacy, which was a series of 10-minute skits, to creating a network series?

“Purely from a creative, storytelling standpoint, you have to really figure out how to capture your viewer and tell a story in 10 minutes,” says Tancharoen. “This is a very particular style, just as creating a movie trailer is. It’s a very particular art-form.”

Advertising and the bigger picture

As a coincidental side-story, a new Mortal Kombat game was actually due out within four months from the original meeting between Warner and Tancharoen. And it seems the new Web series fits in to the multi-medium franchise rather nicely.

“It’s not just about those 10 minutes – it’s what spawns after, whether it be building the interests to a movie, and getting an audience over time and helping the game sell more units,” explains Tancharoen. “It’s actually a unique form of advertising now, as much as it’s original, standalone content. It is somewhat of a small commercial for a bigger idea. That’s something I’d never been forced to think about.”

On a final note, Mortal Kombat’s co-creator Ed Boon is fully on-board with the series, which Sloane says was pivotal to them proceeding. “That guy protects this brand and franchise with…with his life,” he says. “He’s fiercely protective over it. We knew we had to get his support, and literally within 10 minutes of Kevin and him meeting, they bonded…he realized Kevin knew the game. I mean, he grew up playing it. Ed loved the ideas that Kevin had to take the mythology further.”

And after success of season 1 – which broke YouTube Web show records in 2011 – season 2 has been completed, scheduled to launch imminently, but no exact date has been given yet.

Meanwhile, you can follow all our coverage from MIPTV and MIPCube here.

Read next: SportSetter gets moving, raises $520,000 in seed funding