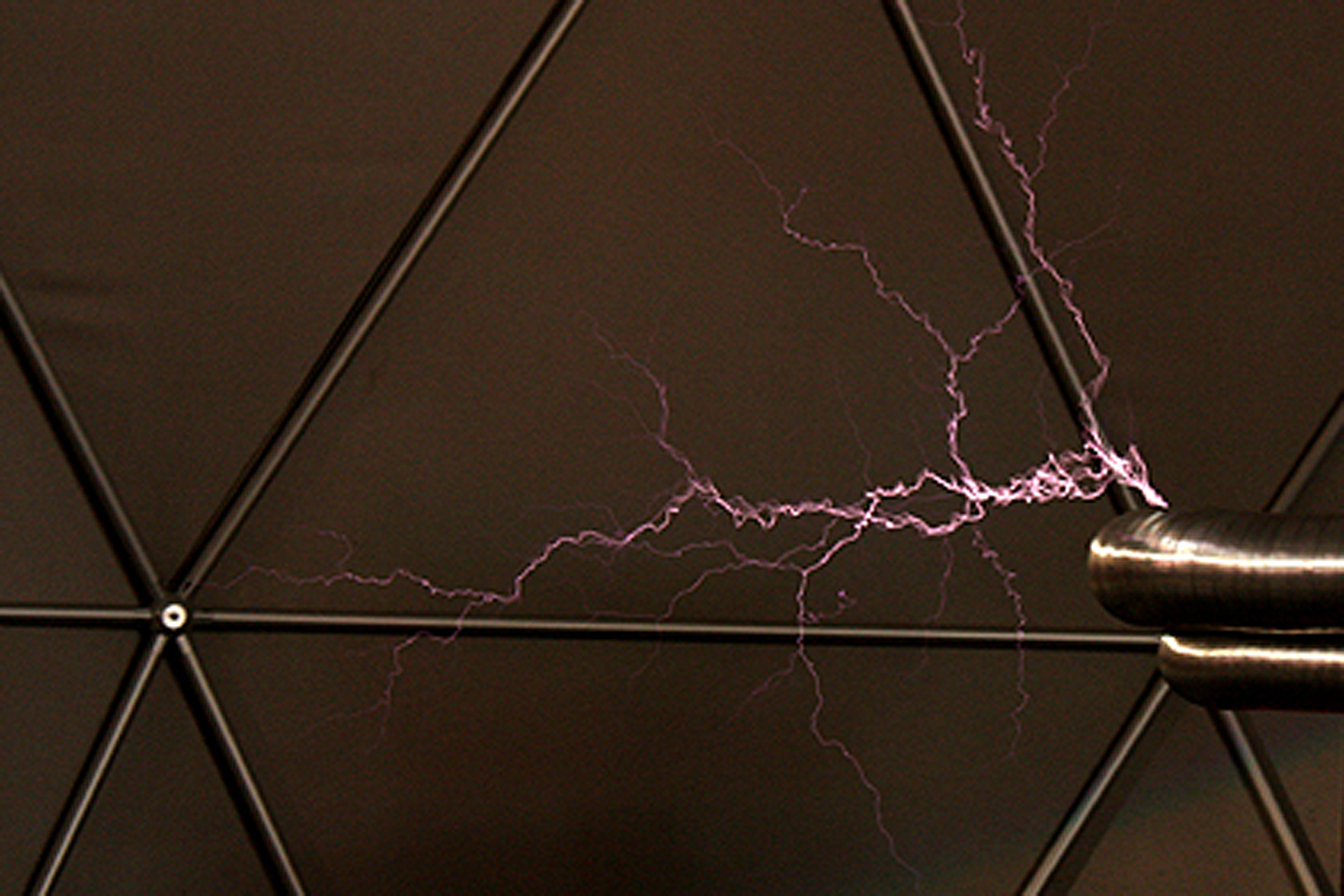 Illusionist and ‘endurance artist’, David Blaine has taken on another high profile stunt, this time including Tesla coils and a ‘Faraday suit’.

He’s currently standing on a platform on New York’s Pier 54 while a constant crackle of electricity surrounds him. The stunt will last around 73 hours and naturally everyone is asking, “How will he pee?”

It’s the same sort of question that was asked when he lived in a box suspended over the River Thames in London for 44 days, but it seems that being an endurance artist means having those tricks up your sleeve… with maybe a catheter.

As part of the event, pop-up viewing stations in London, Beijing, Tokyo and Sydney have been set up and a live stream of Blaine’s antics is being projected as part of a promotion with Intel.

TNW went along to see what the fuss was about. A porta-cabin with Intel Utrabooks and a huge projection had been arranged outside the Truman Brewery in the East of the city.

After 9pm local time, onlookers were invited to use one of the Ultrabooks to ‘electrify Blaine’ or apparently send sparks across the man on the screen. Amusingly the first and most common takers for this offer were children who mashed the keyboards with sadistic delight.

One of the guides working with the kids at the keyboard encouraged them to keep an eye on the big screen as he used an app to change the coil frequency and current,  “Keep going. He knows there’s a little boy in London trying to kill him.”

Indeed as Blaine appeared on the screen with a chainmail onesie and a cage around his face, after a small delay, sparks appeared to fly. At one point he was brought a box, which he seems to be using to tweet from.

I’m spending the next 3 days 20 feet in the air, surrounded by 1 mil volts of electricity #Electrified : youtube.com/electrified

Online participants are encouraged to also use Twitter to spread the word and promote the event.

Based on the live stream, the event in New York is spectacular, filled with the loud crackle and buzz of the Tesla and naturally looks astonishing at night when the arcs of electricity light up the darkness.

From London, other than being amused by the sadism of kids, the viewing seemed a bit subdued. The strange and massive appearance of the illusionist projected on the wall attracted a few curious people passing by on their Saturday night out.

From Houdini to Derren Brown, illusionists have been entertaining people with their near death experiences for hundreds of years. Brown’s own invitation a few years ago to shoot at him offered a grim interactivity that is echoed in Blaine’s act encouraging people to mess with the electricity around him.