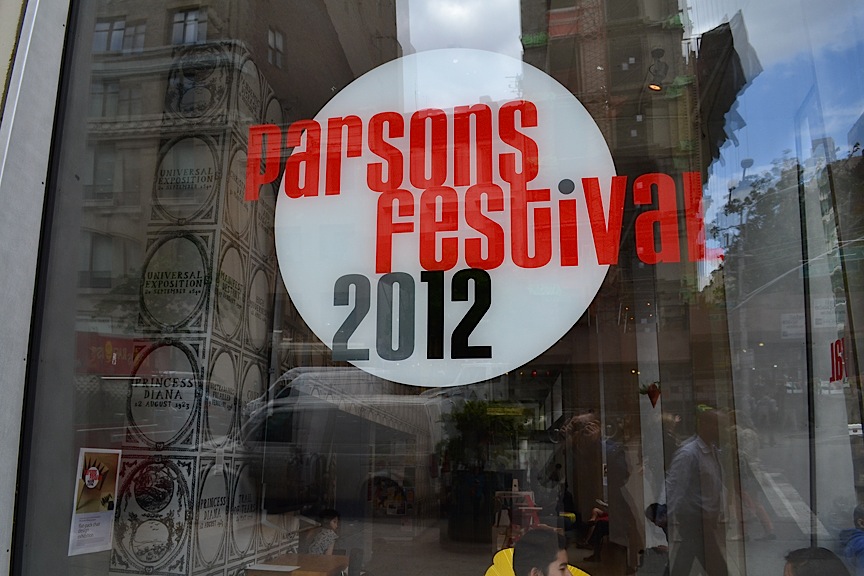 Having attended Parsons before leaving for TNW, I’ve gotten a chance to see first hand the kind of work that this top design school attracts. Unlike what you’d find at tech schools such as MIT, where groundbreaking technology emerges, Parsons favors art and concept. Case in point, graduates of Parons’s Design and Technology Masters Program receive a MFA, not an MS or MBA.

This year at the 2012 Design + Tech Thesis Show, concepts varied greatly; from experimental games to energy generating hardware kits and algorithmically designed clothing for bands. There were quite a lot of projects worth seeing, so we’ll highlight our favorites below:

Find Me A Good One

ATTEND TNW2020
From the creators: “Find Me A Good One is a surreal puzzle platformer that explores the sense of responsibility felt by players towards non-playing fictional characters. In the game, we specifically try to create a sense of responsibility between the player and a fictional younger sibling. Although the brother in Find Me A Good One is clearly dependent on the player, it is up to her to decide how much she is or is not helping her sibling.”

➤ Find Me A Good One

From the creators: “Bounce is a new interface for visual thinkers for sequencing, composing and playing music. [It] is a visual music production app for the iPad that capitalizes on the semiotic overlap and interrelations of sound composition and visual composition.

The concept of a bouncing ball is at the heart of Bounce. A user draws shapes that represent sounds and a ball bounces off the shapes. When the ball strikes, a sound is produced. Multiple balls can be set in motion and each ball can be controlled independently. This simple concept turns music production into a playful environment where sketching, riffing and experimenting are fostered.”

From the creators: “Knitztape is a unique fusion of graphic design, digital technology, and music, where musicians who release free digital mixtapes online see their words manifested as individualized knitwear. Simply tweet your favorite lyrics from these tapes and voila! Algorithmically-generated patterns appear on knitwear–a fancy way of saying your tweets become original prints for cool swag.”

From the creators: “Augmented Reality (AR), in its many forms, has failed to be widely adopted in routine human-computer interaction. While its novelty is obviously appealing, no AR applications have been able to provide easily translatable, useful, or
elegant solutions to our most common and pressing concerns.

As an alternative to our current conceptualization of Augmented Reality, I propose Selective Reality. Instead of superimposing overlays or data, Selective Reality subtly modifies the user’s vision in order draw their attention to and away from those things that are most pertinent within the user’s actual vision.

To illustrate this, I’ve integrated the concepts discussed above into the windshield of a car, perhaps the ideal environment for helping a user maintain focus. By tinting just the portions of the windshield that line up between the driver’s eyes and overly bright lights on the road, such as oncoming headlights, the windshield can reduce the impact of those bright lights in the driver’s vision. This will help the driver see all parts of the road and surrounding areas more clearly—especially those that are darker and could hide potential hazards — making driving more comfortable and safe.”

From the creators: “DontFlushMe encourages citizens of New York to conserve water at critical times in order to increase the overall health of local waterways. Through a network of custom built sensors, readily accessible communication tools and internet-connected visualization devices, residents can be kept informed about the realtime status of the NYC sewer system. The public can then use this information to make informed decisions about their water use.

The project consists of Arduino based DIY sensors which measure the sewer level. These sensors share their data, in real-time, via an open information network. The data created by the sensors powers visualization devices, everyday items which change color in response to the status of the sewer system. These devices encourage users to take shorter showers, put off a load of laundry, or if its yellow, let it mellow.”

From the creators: “KinetiKit is a versatile and powerful plug-and-play kit designed to explore kinetic energy creation which is harvested through routine human motion. This kit uses a small turbine generator to capture the kinetic energy we create during our daily routine and converts it into electrical energy. The small energy harvesting circuit is designed to efficiently harvest that energy and stores it in a battery.”

“This kit can also be used by makers, hobbyists, and designers who are interested in building their own power-generating toys and objects, or simply by anyone who wants to explore alternative ways to power their devices. KinetiKit is a fun and innovative tool for creative people to come up with new ways to generate their own power.”

From the creators: “Blime is a DIY parametric, modular light fixture. Its form is derived from audio taken in a living room space, during a gathering with friends. The audio was taken into 3D modeling software with scripting technology and used to generate the curved profile. Blime’s teardrop shape represents the missing phase in the sublimation process.

[We design] with data, we take audio from the architectonical spaces which our objects inhabit or from the people that wears them and use this data to fuel algorithms to dynamically generate form.”

These are just 7 of the many awesome projects to come out of this year’s Design + Tech Thesis Show at Parsons. If you’re itching for more, you can see the full list of projects here.

Check out our full Design and Dev channel for more inspiration.

Read next: Facebook asks for feedback on its updated Data Use Policy, will answer questions on Monday