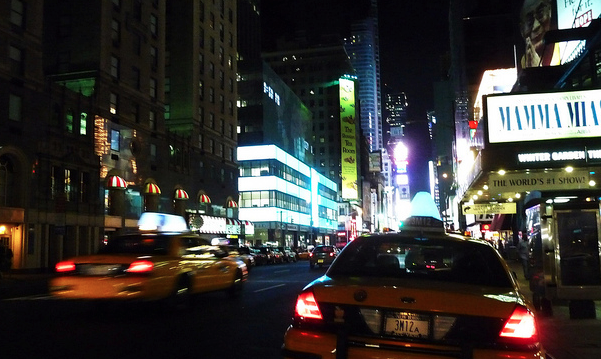 Attention hackers and designers! Less than a month from now, Aviary and General Assembly (one of the 5 coolest coworking spaces in New York City), will be hosting Photo Hack Day #2 , the world’s largest photo hackathon, right here in NYC.

Along with many of the wonderful details present in PHD’s first event back in August, you can expect some huge surprises. More specifically, Reddit co-founder Alexis Ohanian, Cheezburger CEO Ben Huh and Tumblr CEO David Karp will be speaking at the event in a spirited fireside chat, moderated by Aviary CEO Avi Muchnick.

This all-star cast has helped change the very nature of viral and social images, so it is quite fitting to bring them together in an event designed to cultivate new ideas in the space.

The topics of the discussion include the origins of creativity + engineering creative systems, with emphasis on the speakers’ experiences with image-based communities. From Cheezburger CEO Ben Huh:

Hackathons are a great way to unite the NY developer community and as we grow our NY office, I am happy to support it. I’m looking forward to spending Saturday night with people who want to build the future — over some beers. I’m excited to talk about creating a standard for image macros and how to track image viral spread as well as chat with Alexis and David about freedom of expression and how to defend it.

I’d routinely see pitches for creating a platform for anyone to create and share their own webcomics, but leave it to the Internet to solve this problem itself with things like rage comics and advice animals, which in turn spawn apps to further simplify the creation process.

So many of these memes are spawned in the primordial ooze of 4chan before crawling out onto land (hitting the reddit frontpage) and spreading to the rest of the Internet, it’s fascinating to see how the process continues to evolve. I love the concept of hack days because of the spontaneous creativity that emerges, not unlike what we see at a macro level online.

At the moment, cash prizes have yet to be announced, though last time they totaled to a whopping $10,000. So far, you can also count on the following prizes for the best hacks: Up to 8 Lumia 800s from Nokia + co-marketing support when apps are published in the Microsoft Marketplace, a Lytro camera from CardThis, a GoPro camera from Pixable, a helicopter from Ordr.In and a Playbook from RIM.

The hacking is starts on February 25th, so sign up now to save your spot!