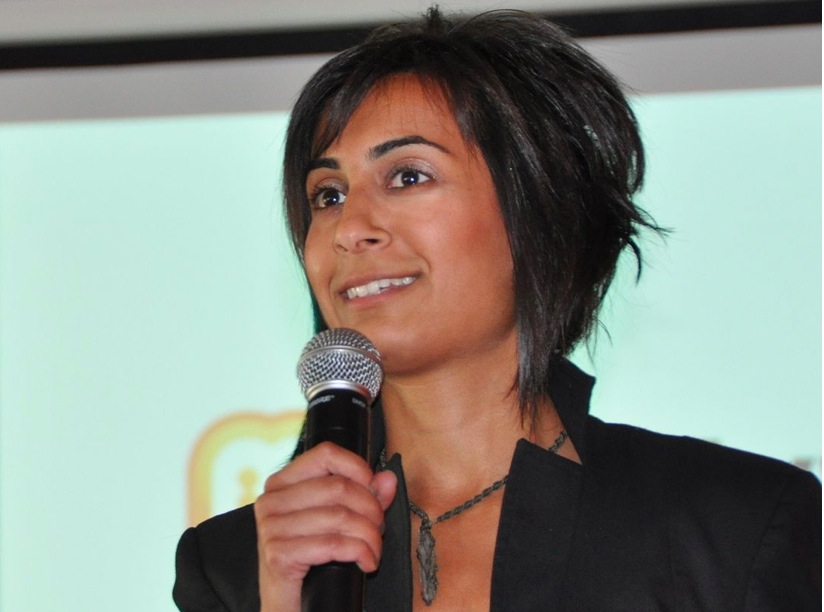 This is not another conference about why there aren’t enough women in technology. The Women 2.0 PITCH Conference is about making connections, not drawing complaints; it’s about forward momentum, not the current ecosystem; it’s about what women are doing, not what they aren’t.

The event will bring together 1,000 women– from product managers and founders of early stage startups to executives of late stage tech companies– who’ve dedicated their professional lives to shaping the future of technology. In addition to panelists and speakers, the event features the Women 2.0 PITCH Competition, an annual startup competition for early-stage technology companies across web, mobile and cleantech. Each year, they receive 100+ submissions and engage iconic investors from both genders such as Michael Moritz (Sequoia), Tim Draper (DFJ), Esther Dyson (ED Ventures) to judge the competition. Read all about the startup companies participating and the judges here.

If you’re even generally interested in technology, innovation or perhaps you’d like to launch your own startup, the conference is an opportunity to learn from the product innovation leaders who built Flickr, Facebook, Zipcar, TaskRabbit, LARK and more. All of the speakers are female entrepreneurs, most of whom have secured millions of dollars in venture funding. The event, now in its 5th year, is taking place on February 14th, 2012 at the Computer History Museum in Mountain View, CA.

The Women 2.0 PITCH Conference & Competition speakers this year include:

Women 2.0 was launched in 2006 in Silicon Valley. It began as a side project, co-founded by two young women– Angie Chang and Shaherose Charania–who realized there was a serious lack of women in the room, and a lack of women-only tech events. Over the past 6 years, what began as panels, workshops and an annual conference has grown into a full-blown media site with hundreds of contributors.

“Women 2.0 has always been a great “side project” throughout my career because there’s always a need for women to connect with other entrepreneurial women. There’s still a disparity in the work force for women and connecting makes us stronger because we can go to networking events and feel less intimidated– like it’s less of a shark pool,” explains Chang.

Women 2.0 is no longer a part time job for Chang. As of December 2011, Chang is the newly appointed Editor-in-Chief of Women 2.0 and will be hiring a fulltime staff in the spring of 2012. For now, Chang is preparing for next month’s conference.

Buy tickets to the conference here and use the code “TNW” to save 10% on tickets. Tickets are non-refundable but are transferrable by February 1, 2012. And gents, don’t be nervous– there will be plenty of men in the audience including savvy investors and brilliant co-founders.

Want a taste of Women 2.0 before you commit to a ticket?

Women 2.0 is famous for its Founder Friday events, which are global monthly meetups for women to meet each other in their local communities. This February 3rd, Women 2.0 will host 6 Founder Friday events in Palo Alto, San Francisco, Los Angeles, New York City, Madrid and Barcelona in Spain.

Women 2.0 co-founder and Editor-in-Chief Angie Chang (pictured below) will be joining The Next Web as a guest contributor this year so stay tuned for her in-depth coverage of the Women 2.0 PITCH Conference next month as well as her inspiring articles in the months beyond.

Read next: Check out this awesome free bundle of goodies for Web designers