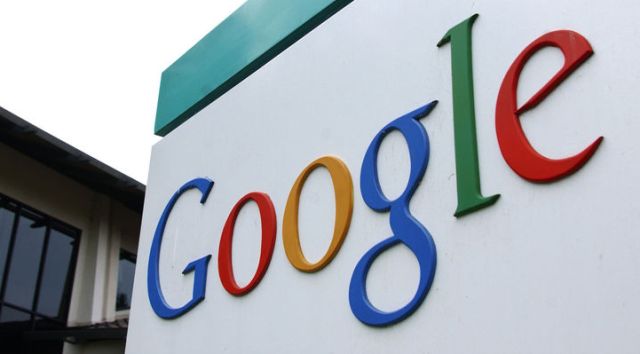 It’s not long now until the Future of Web Apps conference kicks off in London.

Running from October 3-5, the conference seeks to bring together Web Developers, entrepreneurs and visionaries from around the world to discuss the next generation of Web apps.

Check out our 5 reasons to attend the Future of Web Apps conference, where The Next Web readers are given access to special discount tickets too.

One of the speakers will be Alex Russell, a developer at Google since 2008, who is working on Chrome and Chrome Frame. His goal is to deliver a better Web faster, and he says he’s “fighting IE 6, so you don’t have to”.

The Next Web caught up with Alex shortly before he was due to travel over to London from San Francisco for his keynote next week, and here’s what he had to say. 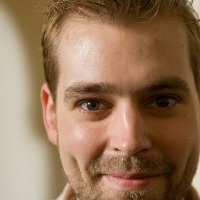 The Next Web (TNW): Thanks for chatting with us Alex. First up, how does Google compare to other places you’ve worked in the past?

Alex Russell (Alex): Google is absolutely the best big company I’ve ever worked for. It’s very different to small companies, and you can’t really compare them in any meaningful way. But as an engineering culture, Google gives you great ability to decide what you think is important and work on it, and to execute without a lot of distractions.

TNW: I liked your little bio that’s used for the Future of Web Apps Conference, it says that you’re ‘fighting IE 6 so you don’t have to’. It’s estimated that 10% of Internet users still use Internet Explorer 6…is that worrying?

Alex: It’s not as worrying as it used to be, but it is indicative of a larger problem that we’ll 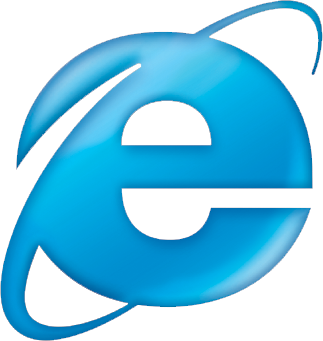 continue to face. IE 6 is one issue, and it’s one of the most easily identifiable problem browsers today.

IE 6 was the single best browser you could get when it was released, but that was 10 years ago, it’s just so old now. With Chrome, we’re doing a release every 6 weeks, and it’s in everyone’s hands within a couple of weeks. The timescale in which the browser world is evolving has changed dramatically.

The tongue-in cheek note about ‘fighting IE 6 so you don’t have to’, was actually a reference to a product I’m working on called Google Chrome Frame.

TNW: Can you tell us a little bit about what that is?

The main challenge is about ensuring the browsers that are lagging can’t keep us moving forward collectively.

Alex: It’s been modest until recently, but we’re seeing big sites now asking their users to install Chrome Frame. Gmail just went live with a promo for IE 6 and 7 users, meaning there’s now a bar across the top of the page which asks you to install Chrome Frame, because over time you will no longer be able to run Gmail on those browsers.

TNW: So why is it such a big problem?

As long as developers keep making things that do work in these really ancient browsers, we’re in a sort of catch-22 position. You’re never going to be free of these constraints unless you free yourself from these constraints. Hopefully Chrome Frame will give Web developers the confidence that if they want to build with modern features, they don’t have to block out those users, but they also don’t have to spend months of pain trying to make something that wasn’t designed that way, to work that way.

TNW: So, forcing something to be backwards compatible is a problem?

Think about it. You start a project, you spend so much time getting version 1 of a product out, and if you’re spending a lot of that time, latency and budget on feeding old browsers, you may be robbing yourself of a competitive advantage. That’s one of the ways Chrome Frame can help.

TNW: Is IE 6 the only problem?

Alex: Let’s look at the IE 8 question. It’s tied to Windows XP, there’s no IE 9 or IE 10 for XP, an operating system which constitutes around half of the world’s computers. So what are we going to do about that? IE 6 may seem like the wound we cannot heal, but IE 8 is about to become the new boat-anchor.

TNW: Do you work directly with Microsoft whilst working on compatibility issues?

Alex: I would say we have a cordial relationship. I do interact with my colleagues at Microsoft, say, through the JavaScript standards process.

I do think we need to give credit where it’s due – it’s testament to Microsoft’s engineering that we were able to build Chrome Frame for every version of Internet Explorer, it has a plug-in architecture, well-defined APIs for a lot of things that people don’t expect them to be there for. There are still a lot of difficulties though.

TNW: You serve on the ECMA TC39 – the JavaScript standards body, is that right?

Alex: Yeah, it’s a committee which meets about once every two months. It’s basically a group of people who get together to try and integrate the best ideas we can about the next version of JavaScript and try and put some rigor behind it. All the major browser vendors are represented there, and folk like Douglas Crockford from Yahoo are there too. I think we get a good cross-section of people, not just language nerds, to focus on the evolution of JavaScript.

TNW: So what sort of things do you focus on?

Alex: The process is slow, but it’s deliberative so it’s not slow because it’s bad. It’s slow because you need to build consensus to move forward. We’re talking about evolving what is probably the most popular language in the world. It’s fundamental to the entire Web, so we have to be a little bit cautious.

I actually spend some of my time in the committee agitating to be somewhat less cautious. So, ‘classes‘ are coming in the next version of JavaScript, partly because I won’t let us off the hook with that one.

TNW: What’s your thoughts on the future of Web apps. What are the main barriers for developers?

Alex: There’s a lot of things that can end up being cultural impediments, computational complexity impediments, or networks speed impediments . There’s things from outwith the browser that are barriers to growth.

The biggest problems that the browser can help solve is to basically help pull users from ancient browsers into the future. Also, there are a lot of things that are not well integrated within the Web platform.

TNW: Can you share a few bullets about what you’ll be talking about at the Future of Web Apps conference next week?

Alex: I want to talk about:

A) Why are our expectations of what the browser will deliver to us are so low?
B) I want to look at why we CAN do better. The world is moving faster at the front-end of the modern browsers.
C) What do we need from the platform? Data-binding system, components, a better version of JavaScript will help you say what you mean more often.

The Next Web put a call out to our readers (and TNW Editors!) looking for answers to Chrome-related questions. Here’s Alex’s responses…

Alex: Well, there is an experimental feature called side tabs which can be enabled through a command-line flag. The reality is that for desktops, the wider desktop form factor has won and a lot of the vertical real estate is very precious so trying to conserve on that is something the design team is thinking about. Whether this will be rolled out for Chrome, it’s hard to tell just now.

If it’s a question of extensions, I don’t know the specific state of an API like that, but the extensions team is incredibly responsive to developer requests. If it’s an important request, I know they’ll look into it.

TNW: We’ve received quite a few questions about Chrome’s performance on Macs, is there a reason why people are saying it’s still buggy?.

Alex: I don’t believe our crash rates are significantly higher on Macs compared to PCs, but if there’s people out there working on Chrome Beta, or experimental versions of the browser, we do look at the crash reports and aggregates to figure out what’s going on.

TNW: When will Chrome for Macs running Lion be fully compatible?

Alex: It’s there, though there are Lion-specific features that we’re currently iterating on. The longest bug I’ve seen in a while has to do with Chrome’s use of the Lion full-screen API. We put in an initial full-screen implementation which does something similar but isn’t fully integrated.

I know the team is working as hard as they can to make Chrome work with all of Lion’s features. But the critical difference between, say, Chrome and Safari is the latter will update its feature set when a new OS launches which is on a yearly timescale, but Chrome is always evolving. Don’t freak out, we got your back, it’s coming!

TNW: Can we expect more Google+ integration with Chrome in the future?

Alex: Our main interests are in making the Web platform better for every Web app, whether they’re Google-derived or not. It would be unfortunate for any Web browser to favor one website over another. If we make Chrome better for Google+, we’ll be making it better for everyone else. I care deeply about those principles.

TNW: Have you dropped h.264-encoded video support yet?

Alex: We announced a while back we were dropping it, I don’t think we’ve pulled it out yet but yeah it’s coming. We weren’t kidding!

TNW: Thanks for speaking to The Next Web, we’ll see you at the Future of Web Apps conference next week!

The Future of Web Apps conference: The need to knows…

What? Future of Web Apps Conference
Where? The Brewery, 52 Chiswell Street, London EC1Y 4SD
When? 3rd-5th October, 2011
How much? Tiered pricing levels, click here for full details. The Next Web readers will receive an exclusive 15% discount on the 2-day conference passes only, by using the promo code TNW, when booking online