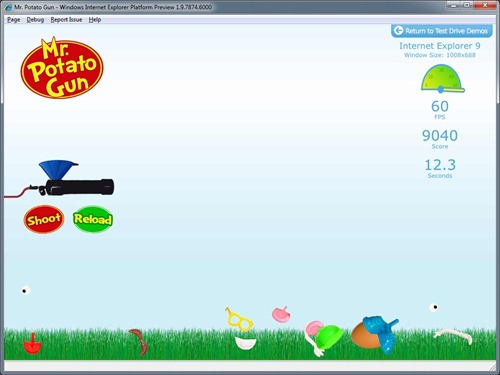 The event brings together some of the brightest minds in mobile development, design and UI at the beautiful Brighton Dome, driving discussions on platforms, tools and technologies to document the present state of the mobile world and what the future has in store for the industry.

There are many reasons why you should be placing your order for a ticket to Update 2011, allow us to list five.

Update 2011 has a stellar cast of speakers from the world of iOS, Web, User Experience, and beyond, including Jeremy Keith, Sarah Parmenter and Matt Gemmell, who delve deep into the world of iPhone development, web standards, copywriting and building beautiful desktop applications.

Many of the speakers will present an 18-minute keynote at Update 2011 but will also break off and conduct their own in-depth sessions over the following two days, small hands-on workshops that allow attendees to learn about what interests them and ask the questions directly to the experts themselves.

Situated in the heart of Brighton, Update 2011 doesn’t want its attendees to stare at grey walls and ugly carpets. Instead, the conference is held at the Brighton Dome, a cultural arts venue that has hosted music concerts and even the Eurovision Song Contest back in 1974.

Workshops are held in the open working spaces at Lighthouse Arts & Training and MyHotel, providing Workshop speakers and attendees with stylish workspaces and that all-important wireless internet connection.

Update 2011 also happens to be part of Brighton’s Digital Festival, which spans over the entire month of September. The festival brings together a group of creative technologists, artists, and other local geeks who have organised a series of conferences, art exhibitions, performances, meet-ups and much more.

Want the chance to debate what is and what isn’t relevant in the mobile space? Update 2011 has you covered, hosting two 45-minute panels called Geek Ninja Battles, which are set up with the intention of debating platforms, tools and technologies.

Expect plenty of iOS vs Android discussions, arguments for and against native apps and web apps and marketing.

You can of course ask any questions you may have during the event itself, the Geek Ninja Battles are set up to allow speakers to do their thing on stage and provide a a place to debate hotly contested issues in a focused environment.

There’s a world-class lineup of speakers, but giving a keynote is not the only part some of them will play.

Sessions can be booked separately, allowing you to focus on what really interests you. If you’re a developer, a design geek or someone who is looking to learn more about what is breaking boundaries in mobile today, there is something for everyone.

Not every conference can boast having a founder of one of the most successful technology companies in the world in attendance, but Update 2011 has.

Mr. Wayne, now 77, worked with Steve Jobs at Atari. In 1976, he wrote and co-signed the document that brought Apple Computer into existence. He also created the first Apple logo and wrote the manual for the Apple I computer. He received 10% of Apple Computer but relinquished his stock–worth over $30 billion today–for a total of $2,300 a few weeks later.

Update 2011 will welcome Ronald Wayne, one of three founders of Apple, to a special question and answer session about the early days of Apple with Steve Jobs and Steve Wozniak, and about what he’s been working on in his post-Apple years, with conference organiser Aral Balkan.

If you wish to attend Update 2011 in Brighton on September 5th – 8th, we have a special discount for our readers. When booking, simply quote the code “TNW” (minus quotes) to receive 10% off your ticket.