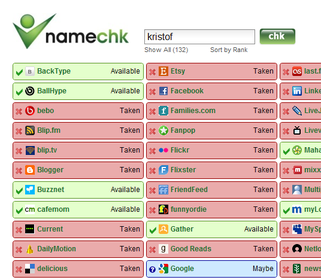 It’s probably fair to say that the technology conference circuit has far too many ‘me-too’ events with the same old speakers and the same old ideas being discussed. b.TWEEN 3D, taking place on 21 July in London, aims to be a breath of fresh air from all of this.

Now in its seventh year, b.TWEEN brings the most influential thinkers in a particular field of technology together to explore the possibilities of the future and we’re delighted to be partnering with the event to bring you coverage on The Next Web.

This year’s conference is set to focus on 3D – but in far more broad a sense than you may expect. The Next Web spoke to Kate Russell, who is best known as the presenter of the Webscape section of the BBC’s Click TV show in the UK but who will also be the b.TWEEN 3D’s MC on the day, to find out more.

Find out how to get hold of free tickets to the event, below.

What’s the idea behind b.TWEEN 3D? It seems to be about a lot more than just 3D.
We’re not just talking about 3D film & TV, which is what a lot of people think of first. What we’re saying is that ‘3D’ as a concept goes a lot deeper than just an optical illusion on a 2D screen. It’s all about technology that immerses you into a virtual world – or that brings the digital out of the virtual space puts it all around you.

There are some pretty fantastic ideas being thrown around on the website, btween3D.co.uk. We’ve interviewed people like Dale Herigstad, who was one of the concept designers on Minority Report. He believes that the kind of gestural interface technology we saw in that film is now becoming a reality with sensor technology like you find in the Kinect & the PlayStation Move. Sarah Ballie is a vet turned computer scientist who’s using haptics to help train vets for internal examinations of cows.

At the other end of the spectrum we’ve got some amazing ideas coming through from people like Sci-Fi author & Senior TED fellow Rachel Armstrong, who speculated on what the world would be like if data could interface directly with our bodies through some kind of ion-based network. Original cyberpunk and Sci-Fi author Bruce Sterling took this concept even further when we spoke about what might be the next evolution for technology platforms. A distributed vapour of tiny interactive devices that infest every place on earth? Looking at how the landscape of technology has changed so fundamentally over the last 10 years, I’m beginning to realise that anything is possible – it just takes a good imagination. Why should people attend b.TWEEN 3D?
b.TWEEN events aren’t like a normal conference. It’s not about sitting and listening to experts talking on a stage. We do have an amazing programme of panels coming together, but there are also workshops, networking sessions, interactive toys & installations – we’re literally taking over the BFI in London and even if you can’t get a ticket, it’s worth coming down and having a mooch around the public areas as there will be plenty there to amaze and inspire you.

It’s also a very inclusive event, with live twitter feeds on stage so that we can take questions and suggestions from people watching all over the world via the live stream, and lots of chances for the audience to have their say. We’re also beaming live to event nodes all over Europe, where invited audiences will be taking part in workshops and feeding back to the conference live over Twitter. If you’re interested in how the future of immersive tech might look, your head will be spinning by the end of the day – and if you work in the field this will be an unmissable opportunity for you to meet, network and start discussing your ideas with some of the people who can help you realise your vision.

What are you particularly looking forward to on the day?
It’s a daunting experience as there will be thousands of people watching, but I love live work. There is nothing like it to get the adrenaline going. Having spoken one-on-one with all of the panellists and speakers, I know for a fact there are going to be some very interesting and sparky conversations going on. Of course it’s always fun fielding the random and sometimes crazy comments we get from the Twittersphere too.

You’re a familiar face on TV discussing the Web, so what’s exciting you most online at the moment?
When it comes to the Web, I’m pretty easy to excite – you just have to show me something new, but that doesn’t happen as often as I’d like. I’ve lost count of the number of “Amazing new social network” press releases I get each month, but they don’t offer anything new. For any social startup, if your critical mass are perfectly happy somewhere else, they aren’t going to leave their network to join you – it’s a real chicken and egg situation. You need to find a way to connect with them, emotionally. It’s the same with location-based apps – the bandwagon is so weighed down with successful launches it’s rolling slow enough for every Tom, Dick and Harry to want to jump aboard. One of the things I’m really eagerly waiting to take off are proximity sharing apps – like Color. A lot of people criticised this app because of the inflated funding it got – $41million prelaunch, which is ridiculous when you think how much could be achieved with that kind of capital if it was distributed through the smaller indies – but I can see why people wanted to invest.

I believe the connected world is teetering on the edge of a fundamental mind-shift about privacy issues, especially around location data. When I interviewed Amber Case for b.TWEEN 3D, who is a cyborg anthropologist, she said, ‘If a platform offers real and significant value to users, they are less bothered about privacy.’ I think she’s totally right – and whilst Color might not seem worth the investment if you turn it on today, imagine if it became as prevalent as Facebook? If everyone at Glastonbury Festival last weekend had suddenly downloaded and started using it, the resulting, multi-faceted record of one of the world’s great cultural traditions would be of incredible, historic and social value.

Tickets are available now for b.TWEEN 3D, but we have two to give away. We’ll give one each to the first two people to leave comments below. Please make sure that you’re definitely able to come to the event on 21 July 2011 in London, UK, though. UPDATE: Those two tickets are now gone, sorry!

For another chance to win tickets, the b.TWEEN 3D Facebook page has details of a competition being run by the event’s organisers. Good luck, and hopefully we’ll see you there!