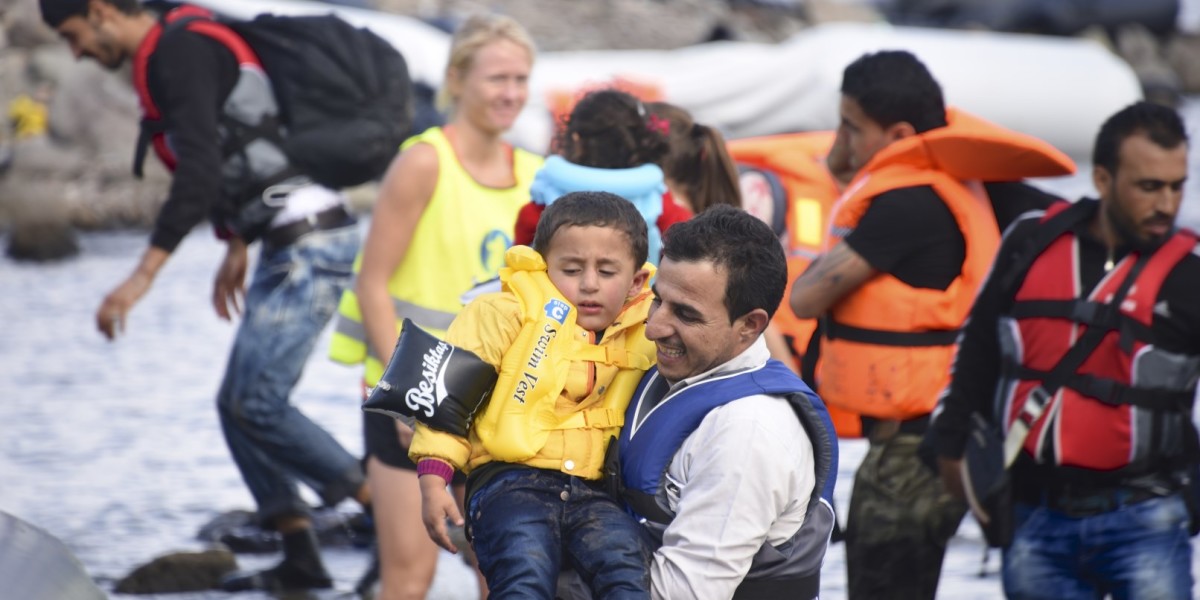 Berlin-based startup Babbel has partnered with its city government to help deliver €1 million worth of app-based language courses to refugees arriving in the country.

Admitting that simply hosting courses online is not enough to help people integrate, Babbel has partnered with the Senate of Berlin and voluntary local support groups to provide free courses, with face-to-face support, as soon as refugees register.

Having started testing the idea over the past few weeks, the company has already found that delivering German courses in English and French, rather than Arabic, enables them to reach a greater audience.

The Mayor of Berlin Michael Mueller has called the partnership a “non-bureaucratic approach” to integration.

But this is, of course, just the latest extension of help from the tech community to those fleeing war and political instability in their home countries.

Having identified mobile phones as a crucial tool for those seeking safety, CalAID, which is helping refugees that have already made it to the French port of Calais, has just unveiled a partnership with London-based agency Mr President to launch the #RefugeePhones donation drive.

A Hungarian couple, meanwhile, who built an informational app for new arrivals during a spike in refugees arriving there in September has recently been nominated by the likes of Google and the Financial Times for a New Europe 100 award for social innovation.

There’s also a wider movement in London that has brought together innovators from around the world to share radical solutions and reduce duplication of efforts under the #Techfugees banner. This has been curated in a Wiki, with a second conference scheduled for tomorrow.

And that’s not to mention Google helping refugees navigate red tape in Greece, a refugee-powered map helping fellow travellers find local services in Berlin, as well as Refugee Mario, created to bring the perilous journey of a refugee to life in terms more people might understand.

This will likely never be enough to truly solve the political situation that refugees from across the world are fleeing from, which is why the climate talks in Paris should really be viewed as the most significant global peace talks that have ever happened.

Read next: You can now message your Twitch buddies privately on iOS