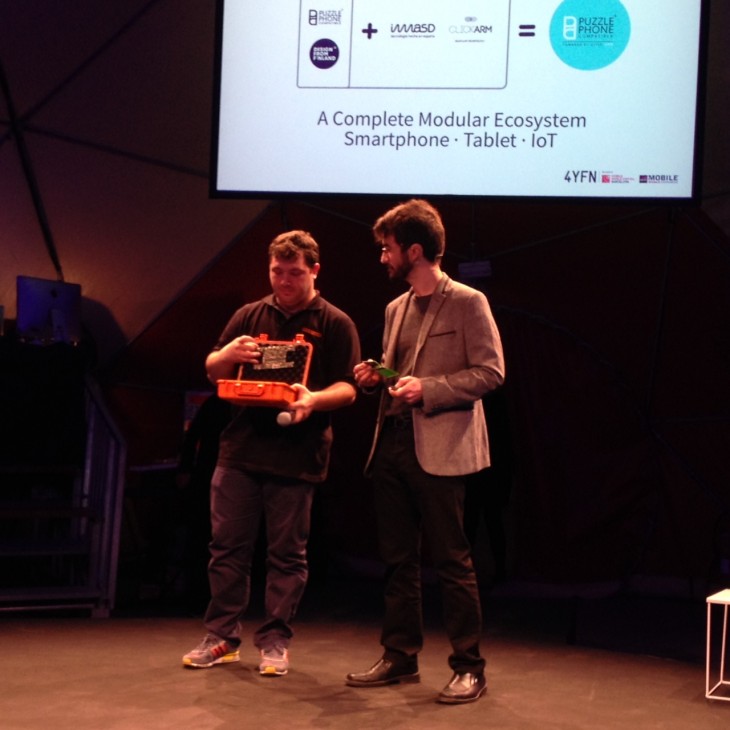 Circular Devices, the company behind the upcoming PuzzlePhone modular smartphone, took to the stage at the Mobile World Congress’ startup conference 4Years From Now (4YFN) to reveal its progress.

The company has partnered with Spanish manufacturer ImasD, meaning that the PuzzlePhone will be powered by ImasD’s Click ARM technology, in which ARM stands for ‘Advanced Removable Modules.’

As you may remember, the PuzzlePhone is modular, making it easier to repair, customize and upgrade than the average smartphone. In that sense, it is quite similar to Google’s Project Ara, which will first launch as a pilot program in Puerto Rico later this year.

PuzzlePhone’s design consists of three modules: “The Heart” (battery), “The Spine” (display) and “The Brain,” which we now know to be based on the Click ARM open platform. “PuzzlePhone is a very promising environment in which to apply our experience and expertise in the field of development of versatile solutions and high tech. We are proud to be part of this project and help improve the life cycles of mobile devices,” IMasD’s founder Pedro Pelaez comments.

A new level of modularity

Pelaez also joined Circular Devices’ Alejandro Santacreu on stage to unveil a ‘fresh from the oven’ sample of PuzzlePhone’s “Brain.” Interestingly, their strong-box also featured another, larger printed circuit board, which can power modular tablets.

As a matter of fact, one of the main benefits of their partnership is full compatibility with other Click ARM-based devices. In practical terms, this will for example enable PuzzlePhone owners to embed powerful tablet modules into their phone. On the other hand, they will also be able to use some of their phone modules inside compatible IoT devices.

This interchangeability also applies to the Click ARM 1 tablet that ImasD officially launched during Mobile World Congress. Two of its key components are made by Samsung: its processor and its 10.1 screen. It is priced at €299 (around $334 USD) and available as a limited edition.

The PuzzlePhone is still due to launch ‘later this year,’ and Santacreu listed several signals of its progress. ImasD aside, Circular Devices also announced several other branding and tech partners, such as Grant4Com, AT&S, Fraunhofer IZM and OgilvyOne Barcelona. 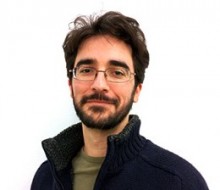 According to Santacreu, these partnerships “strengthen the viability of the project and give us a strong impulse to ensure the PuzzlePhone arrival to market on schedule.” In addition, the integration with Click ARM helps create a more efficient supply chain and shorten development cycles, which could make it more appealing to hardware manufacturers and developers interested in building their own custom models.

“The PuzzlePhone is not a phone: it is a platform, an ecosystem,” Santacreu explains. It is meant to be open both on the hardware and on the software side, in order to enable reliable auditing and community support.

The fact that it is easily repairable will be an asset in emerging countries where after-sales support can be problematic. On the other hand, trend followers will be able to do partial upgrades instead of switching phones; if all goes well, the PuzzlePhone should last 10 years.

Reducing waste is one of the key motivations behind the PuzzlePhone, and this also applies to its production chain. Asked about Dutch project Fairphone, Santacreu mentioned closeness and friendship between the two teams, which share a similar belief in sustainability and transparency. 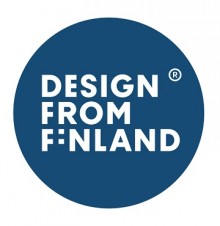 Besides ‘nature-friendly practices,’ one of the ways the PuzzlePhone hopes to limit its ecological impact is by producing locally. Since Circular Devices is a Finnish startup, this means bringing back both design and manufacturing to Europe, in partnership with IMasD.

However, this “isn’t about capturing production from Asia,” Santacreu clarifies. The team is still hoping to have clients and partners in Asia. As an open platform, it is available to anyone who complies with its license terms; if they don’t, they won’t be able to use PuzzlePhone and Click ARM names. “Even if others decide to just copy us, at least they will be doing something cleaner,” Santacreu concludes.

Read next: Drone owners should be required to register, says House of Lords committee