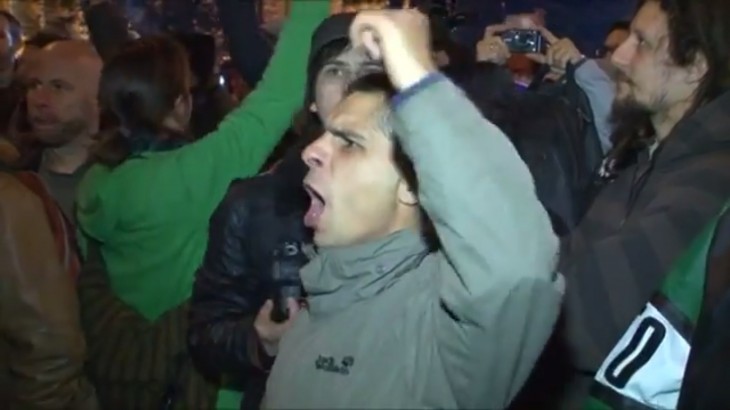 Trouble is brewing in Hungary, as thousands of concerned citizens took to the streets in Budapest to protest a new proposed tax on internet use.

Over 10,000 protesters marched through the capital city yesterday to demand the proposal be scrapped, as they believe it would at once increase their tax burden, and curtail their freedom of expression and access to information, according to a Reuters report.

The proposal was part of the draft 2015 tax bill, drawn up by current Prime Minister Viktor Orban’s government and submitted to parliament last week. Currently in his second term, Orban has been accused of taking anti-democratic measures to silence voices against his governance, and the internet tax is said to be his latest move against critics, says this report from France24.

The tax bill proposes a levy of 150 forints ($0.61) for each GB of data transferred, so as to bolster the 2015 budget for debt-stricken Hungary. However, citizens believe this to be their government’s attempt to ‘limit their right to information,’ as one protester told the Wall Street Journal, and also another misguided economic policy that only serves to distance Hungary further from the rest of Europe.

Prime Minister Orban’s Fidesz party later revised their proposal and suggested a monthly payment cap of 700 forints ($2.87) for consumers and 5,000 forints ($20.5)for businesses, but the move failed to calm angered citizens. Hungarians already pay the highest VAT in the world, at 27 percent, and that covers computers, routers and other internet-enabled devices.

Protesters against the proposed internet tax in Budapest, #Hungary. pic.twitter.com/MFEXb9Yf9L

Protesters gathered in front of the Economy Ministry yesterday and raised their lit-up mobile phones, and moved on to Budapest’s Heroes Square to voice their concerns. Some even went to the ruling Fidesz party headquarters and threw old keyboards and CRT monitors at the building, as seen in this video:

Protest organizers, backed by a Facebook group with over 210,000 supporters, issued an ultimatum demanding the tax be scrapped, failing which they would return to the streets on Tuesday. We’re keeping an eye on the movement’s Facebook group and Twitter account to get the latest as it happens.