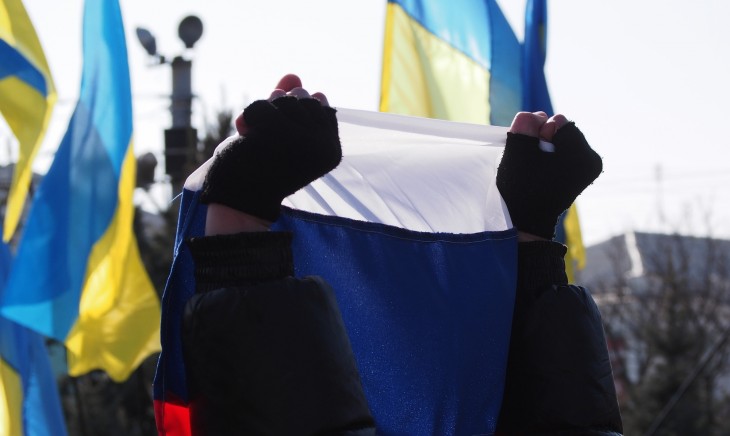 This post was originally published on East-West Digital News and has been republished with permission.

Three weeks after Russia asserted that Crimea and the city of Sebastopol have become part of its territory, Facebook and Russian-language social network Vkontakte still categorize the inhabitants of these regions as being located in Ukraine.

Meanwhile, two other major social networks, Odnoklassniki (Classmates) and Moi Mir (My World), have already classified them as being part of the Russian Federation.

Wikipedia, on its side, appears to have changed Crimea’s status several times already, reported Russia Beyond The Headlines. Sparking an editing quarrel that lasted several days, Crimea was first included as part of the Russian Federation, then returned to Ukraine, before finally being reassigned to Russia – this time shaded neon green to distinguish it from the rest of the country.

Wikipedia first included Crimea as part of the Russian Federation, then returned it to Ukraine, before finally reassigning it to Russia (Photo credit: RBTH.COM)

Yandex, the leading Russian-language Internet search engine, has adopted a geographically-variable position.  On its maps service the national affiliation of Crimea and Sebastopol depends on the country from which a user is accessing the site.

“Yandex is an international company that provides services in accordance to the laws of the countries where we operate: Russia, Ukraine, Kazakhstan, Belarus, and Turkey.  We will provide maps in accordance with the official position of Russia to all users who access Yandex from other countries,” according to a statement made to Russian daily Izvestia by the Yandex press service.

“From a technological standpoint, the realization of changes throughout Crimea will take some time. Users from Russia already see Crimea as Russian territory.”

In the current context of patriotic awareness, the positions of the web giants have not gone unnoticed in the Russian parliament. Earlier this week State Duma Deputy Evgeny Fyodorov of the United Russia party sent official inquiries to Facebook and VKontakte. He asked for an explanation as to why the social networks are classifying Crimea and Sevastopol as being part of Ukraine.

“This is the first step in the investigation. They will either give information or not give it. Then we will draw our conclusions and see how these decisions were influenced,” Fyodorov said.  “If they turn out to be enemies of the Russian state and are aiming to put pressure on Russia, we will react accordingly. If this all happened by accident then there will be a different response.”

According to State Duma Deputy Ilya Kostunov, if the social networks want to be politically neutral they would be able to give the residents of the peninsula the opportunity to choose for themselves with which country they associate.

Anatoly Sidyakin, another State Duma Deputy, submitted a request to the state telecom regulator (Roskomnadzor) asking for Wikipedia’s Russian language map to be reviewed for marking Crimea as a disputed territory.

Concerned with the status of the peninsula on Google Maps, Sidyakin also called for Google to be investigated for continuing to portray Crimea as a part of Ukraine.

In an exchange with Izvestia, the founder of the portal Liveinternet.ru, German Klimenko, said that the reasons why VKontakte and Facebook have not categorized Crimea and Sevastopol as being part of Russia can be either technological or political.

“Facebook could have its political reasons. This is an American company and, theoretically, they might not be able to recognize Crimea as being Russian. I don’t think that VKontakte has political motives. I think this is a technological issue,” Klimenko said.

“For example, on our liveinternet.ru online statistic service we assigned Crimea as a separate state and in order for it to be categorized as a region of Russia we need to rework the entire database. It’s possible they are in a similar situation.”

Read next: Facebook received 28,147 government requests for data impacting 38,256 accounts in the second half of 2013