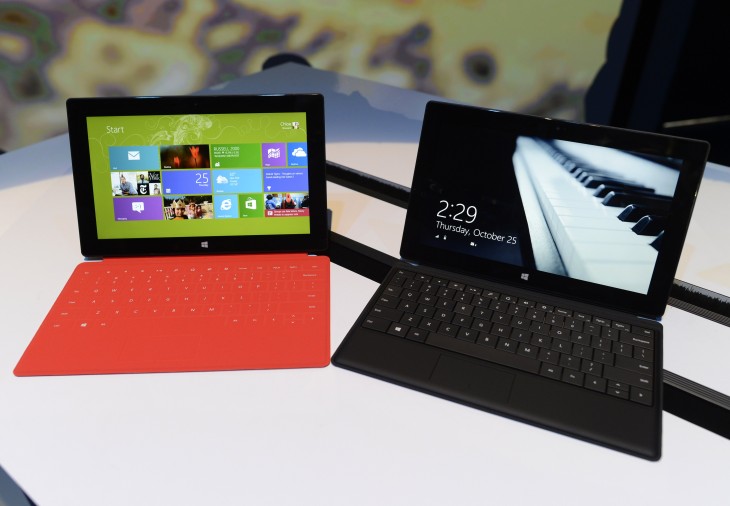 Microsoft has slashed the price of its entry-level Surface RT tablet-laptop hybrid to €329 euros in Germany and £279 in the United Kingdom, following a similar offer for consumers in the United States last week.

The 32GB model is also being sold with its companion Touch Cover for 429 euros in Germany; the same as the basic 64GB variant. The premium 64GB model with Touch Cover is being sold for 529 euros, meanwhile.

The new price points are live at Microsoft’s official site, as well as a number of authorized dealers in Germany. The new €329 tag is down from €479 previously – a €150 reduction, or roughly a third – and sits slightly higher than the new $349 (roughly €267) price tag recently issued in the United States.

A quick glance at the Surface RT page in the United Kingdom reveals that the device is now being sold at £279. The page lists the official Microsoft Store and high-profile brick-and-mortar retailers John Lewis and PC World as participating retailers, although the former doesn’t appear to be live just yet. It’s only a matter of time, however.

Elsewhere, the Surface RT is being sold from €339 in France, €337 in Italy and €329 in Spain. Similar price points are available for other European consumers.

Microsoft hasn’t disclosed the reasons for the sudden price drops, although initial sales are undoubtedly a contributing factor. The company has never revealed official sales figures, although the International Data Corporation (IDC) estimated in May that 900,000 Surface RT and Surface Pro devices had been sold in the first three months of 2013 – its first full quarter on the market.

The Surface is Microsoft’s first foray into tablet computers. While the Surface Pro is being pitched as a replacement for users’ laptops – it runs the full version of Windows 8 and comes with laptop-equivalent specs under the hood – the Surface RT is designed to lie somewhere between traditional tablets, such as the iPad, and its more powerful older brother.

Microsoft has pushed the Surface hard with a number of widespread television commercials, but this doesn’t appear to have translated into commercial success. App support is still slow and the overall messaging of Windows RT has been mixed at best.

The price cuts announced today and last week could also signal a transition to new Surface hardware. Microsoft hasn’t hinted at the update cycle for the Surface line, but it wouldn’t be surprising to see the company adopt an annual cycle similar to Apple.

For readers in Europe, the question remains: is a price cut enough to interest you in a Surface RT? Or is the hardware and form factor simply irrelevant?

Read next: Codeanywhere raises $600,000 to boost its 'Google Docs for developers' service