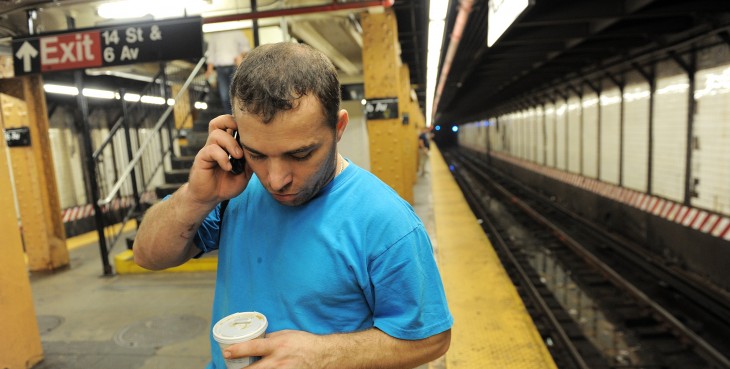 Adults living in the United Kingdom are some of the most connected citizens in Europe and own more devices than any other European Union Five (EU5) country, according to fresh research from Forrester.

Eighty-three percent of Brits aged 18 and above access the Internet at least once a month, the highest online penetration in the EU5; France, Germany, Italy, Spain and the United Kingdom.

The research, based on a survey with 22,000 respondents, also found that UK adults were most likely to own a laptop (64 percent), a smartphone (52 percent) or tablet (12 percent), leading to higher engagement with online retailers. Forrester estimates that 78 percent of people in the UK have bought something online in the last three months, and also spend more than their European neighbours.

In fact, the average shopper in the UK has spent roughly £204 in the last three months, with 59 percent of respondents saying that had shopped at Amazon; again, the highest figure in the EU5.

Adults living in France, meanwhile, are much slower to adopt new technology and devices. Forrester says fewer citizens have access to the Internet in the country and they are also less likely to own a laptop, tablet or smartphone. Nevertheless, the research showed that seven out of ten people had shopped online in the last three months, with an average spend of £188.64.

Germany has the largest online population in Europe, so it’s perhaps not surprising that they’re also engaging with online retailers. Three in four adults living in the country have ordered products online in the last three months, rivalling the UK’s lofty spending average at £192 per person over the 12-week period.

Spain has the smallest online population of the EU5, represented by under 25 million online adults. Citizens also own the most types of connected devices though, with 60 percent owning two or more. This translates to a 46 percent smartphone ownership, with more than half going online during their daily commute.

“Companies that want to interact with these new, perpetually connected, customers will need to take into account that not all connected customers in Europe are equal,” Reineke Reitsma, a Director at Forrester Research said.

“While European consumers in each country incorporate technology in their lives, there are major differences between countries in the level of Internet adoption, technology usage, and sophistication.”