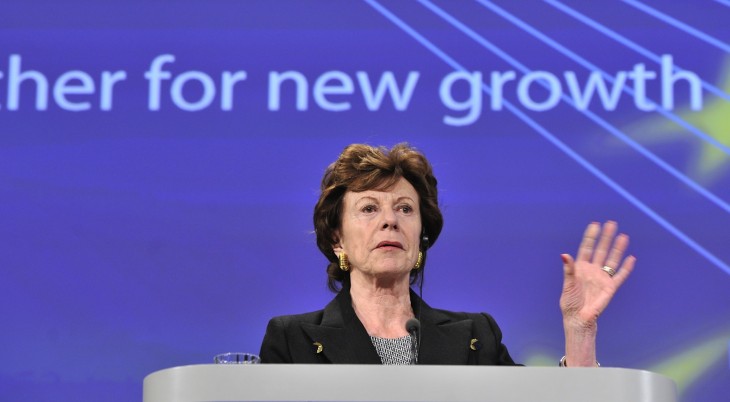 If you’re a regular reader of this blog, you’ll know that the European Commission is making some efforts to stimulate more people across the European Union to at least consider becoming a tech entrepreneur.

One way to do this is to look at ways to change the typical cultural reaction so prevalent among Europeans, that entrepreneurship isn’t really a career and ‘failure’ in starting successful businesses is a bad thing (rather than what I like to call it, education).

The European Commission is keen on attempting to put Web entrepreneurship-as-a-career in the spotlights by, for one, partnering with The Next Web for a prestigious awards ceremony dubbed Europioneers.

That’s not all, though.

Today, European Commission VP for the Digital Agenda, Neelie Kroes, is announcing the formation of a so-called ‘Leaders Club’ in another effort to celebrate some of Europe’s most notable Web entrepreneurs and mostly to inspire future generations of successful startup founders.

The 9 (first?) members of the Leaders Club are:

All of them have committed to regularly engaging with Neelie Kroes in meetings and come up with ways to inspire future Web entrepreneurs across Europe by sharing strategic views, experiences and best practices on what needs to be done to improve the current situation.

The Leaders Club is part of Startup Europe, the European Commission’s action plan to support, promote and celebrate Web entrepreneurship.

Similar to the Startup America program in the United States, Startup Europe’s goal is to bring together commitments and pledges from the public and private sector to strengthen the Web entrepreneurship environment and stimulate technological innovation in Europe.

Over time, Startup Europe will launch more initiatives aimed at accelerating and connecting local ecosystems across the region to help tech startups start and stay in Europe, but also to scale their businesses on a global level.

Read next: Swayy is a beautiful new dashboard for discovering and curating online content [Invites]