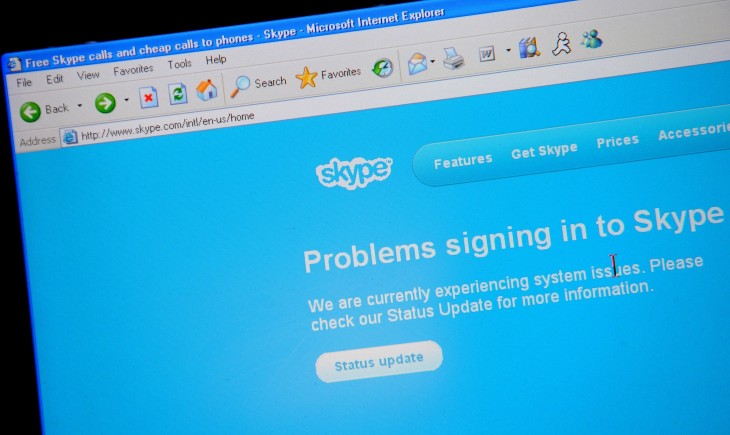 ARCEP, the French telecom authorities, have informed the Paris state prosecutor (the State Attorney) that, since Skype provides communication capabilities to French citizens, they must submit to the French laws concerning electronic communications operators – one such law requires operators to allow the French police to listen in on any calls.

ARCEP claims that Microsoft-owned Skype, whose European presence is governed by its Luxemburg-based office, has refused to declare itself as an electronic communications operator.

In its press release, ARCEP says that, while “not all of the solutions that Skype provides are electronic communications services… the service [] allows internet users located in France to call fixed and mobile numbers in France and around the world, using their computer or smartphone.”

The notification states that, if Skype does not declare itself as an electronic communications operator, there may be criminal charges brought against the company.

The fact of providing a telephone service to the public also implies compliance with certain obligations, which include the routing of emergency calls and implementing the means required to perform legally ordered interceptions.

Skype is not the first international company to be hit with some French government roadblocks.

Twitter recently semi-succombed to France’s demand from anti-hate speech associations and the French government to have priority access to censor hate speech tweets and, notably, hashtags like #unbonjuif (“a good little jew”) and #simonfilsestgay (“if my son is gay”).

Facebook as well had to remove its face recognition software that it was using to suggest tags on photos, as it was storing photos and identity information of users, which is not permitted in Europe due to privacy laws.

It is not clear what the French government can do to Skype, or whether Skype will submit to their request – there’s certainly an advantage for French users using Skype, who don’t wish to be tracked by the government; however, despite the fact that this announcement comes on the same day as a major pro-Net Neutrality proposal is making headlines in France, it seems that Skype may be obliged, like Google, Twitter & Facebook have been recently, to play ball with the French government.