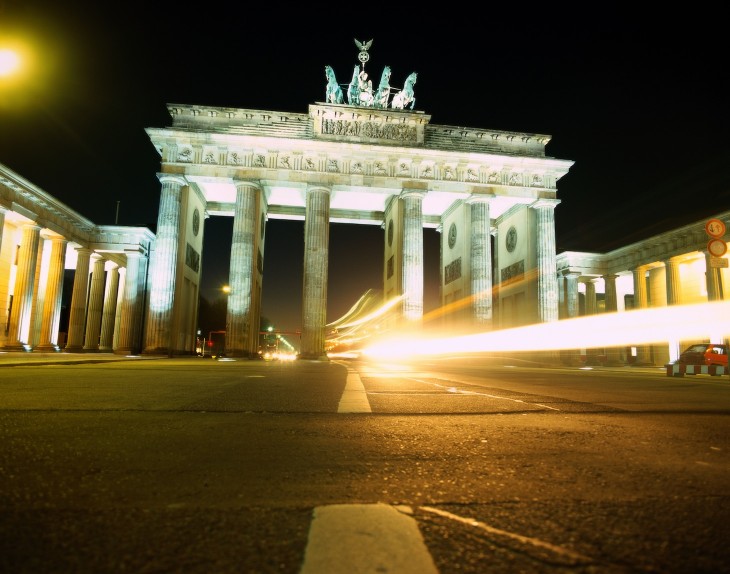 At the lovely TNW Meetup in Berlin last week, I met Francesco Baschieri, an Italian entrepreneur. Baschieri and his team have been hard at work building Spreaker, which is basically an audio platform that allows anyone to create, broadcast and share a personal live podcast across the Internet.

I inquired what had brought him to Berlin that evening, and he told me that he had just moved essentially the whole company to the German metropolis the week prior. Officially, the company’s headquarters are in the US, but Baschieri relocated himself, his co-founder and four engineers to Berlin because it simply didn’t make sense to stay in Italy any longer.

In summary, Baschieri asserted that moving his operations to Berlin allowed him to find more skilled developers and engineers more quickly, and he says he was also attracted to the city’s large and growing pool of startup founders and technology experts.

Moving, he argued, will result in more knowledge sharing, networking opportunities and peer conversations than he could ever have in Italy, even if there’s definitely still a lot of tech talent in his home country.

Basschieri’s story is just one of many, but it’s definitely one that perfectly captures the Berlin startup scene these days – or at the very least how it’s perceived by the broader European tech community.

Berlin: hype, substance or both?

I paid a visit to Germany’s capital city last week after a quick trip to Munich for the DLD Conference. When I mentioned there to one local entrepreneur that I was heading to Berlin for The Europas and then two days of non-stop meetings with startups and investors, he smiled and suggested I should stay and hang around in Munich instead, because Berlin is ‘where companies get built for generating hype, not money’.

His remark was made part in jest, and the story anecdotal, but I’ve heard similar complaints about the Berlin startup scene before. Inarguably one of the hottest startup capitals in Europe, Berlin is home to a slew of companies that have both gotten a lot of attention and millions of dollars in venture capital, and that number is growing rapidly.

Yet, a lot have been around for years and have yet to earn a dime, while others have proven to be very successful, very quickly, commanding (oft-justifiably) lofty valuations in later financing rounds.

Those who proclaim Berlin is all hype and no substance often point to startups like Gidsy, EyeEm, Amen, Xyo, ezeep and 6Wunderkinder.

All are innovative companies delivering well-designed services for the Web and smartphones, but none have revenue genuinely worth crowing about (at least not yet). But does that mean Berlin is overhyped?

Anything but, I would argue – there are a ton of companies in Berlin that reach millions of users on a daily basis and/or make a lot of money from tried business models today, and many of them continue to grow at a rapid clip. Berlin is a loud and noisy chicken, but it has already laid some golden eggs, thanks in no small part to its ability to reproduce in a young, delightfully chaotic and hacker-friendly environment.

And while some of them could be branded copycats of successful (American or Asian) companies, who really cares?

I’ve personally seen my fair share of clones in countries like the US and China as well, and you’d be hard pressed to find a lot of blatant copycats in Berlin among what I think is its finest crop of startups.

But the goal of this post isn’t to highlight all companies in Berlin that are worth keeping an eye on. It’s hard to keep count, in fact.

Rather, I would like to reiterate what local entrepreneurs and investors (and believe you and me, there are many German and globally active investment firms that aren’t done delving into the Berlin startup ecosystem to look for new opportunities – quite the opposite) have told me makes the German capital so attractive for startups to begin with.

And, why I think now is crunch time for Berlin.

Berlin is in the middle of maturing as a startup hub. That means: more PR firms, more investments firms, more bankers, more lawyers, more events, more headhunters, and even more Mac computers in coffee shops city-wide than used to be the case – and also more distractions.

No, Berlin’s not ‘finally a European Silicon Valley’ or a ‘better London Tech City’ or any of that bullshit, but it’s tangible: Berlin is undoubtedly growing up and it’s a fascinating thing to watch.

There are obvious reasons why Berlin has emerged as a true startup hub, despite clear challenges like Germany’s red tape and the lack of a major international airport, ‘grown up’ executives and serial entrepreneurs.

They are: the city’s globally central location, the fact that it’s an affordable place to live and work (though costs are rising), access to skilled technical staff and, increasingly, capital and senior-level executives (though competition for both is increasing), but also Berlin’s general expat friendliness and active creative, art, culture and nightlife scenes.

A less obvious reason: people here tend to be more open towards each others in terms of knowledge sharing – startup founders often mingle and meet up with other entrepreneurs to share knowledge, advice and sometimes money openly – than in other hubs.

But Berlin’s ascension as Europe’s hottest startup metropolis has also resulted in more lousy startups and, inevitably, more bullshitters. Inevitably, a lot of them will fail, which will in turn reinforce some people’s perception of Berlin as the ‘hype sans substance’ startup city of Europe.

That’s fine. Can’t really have one without the other I would argue, in any mature startup ecosystem, and the way I see it failed startup also means freeing up of talent that Berlin companies are currently competing increasingly hard for. It’s not a big deal. Though Berlin could definitely use a big deal, only a different kind, in my opinion.

Here’s what sorely missing in my view in Berlin, though: a Big Fat Exit.

Heading for a windfall

Yes, what would really put Berlin on the map is a multi-billion dollar (or, dare I say, euro) acquisition or successful IPO of one of its poster children, and preferably one in which local angels and/or venture capital firms have purchased a stake early on.

More than validation and recognition, it would bring to the still-burgeoning Berlin startup ecosystem an immediate influx of cash, wealth that would be redistributed among founders and investors but also engineers and developers so long as they have equity in the exiting company.

And the Big Fat Exit is on its way. It’s a public secret that SoundCloud is about to raise a ton of money at a massive valuation, but after that it’s likely exit time for them. And Wooga isn’t going to keep rivaling the likes of EA and Zynga on the social gaming front as a private, independent company much longer either, I’d wager. But we’ll see all that when it happens.

Right now, I can only say my sentiment is that a major liquidity event for one of its fast-growing tech giants is exactly what Berlin needs, that it is going to unfold in the near future, and that it doesn’t really matter who gets bought or goes public as long as the exit is big enough to raise everyone’s eyebrows.

Only then will Berlin’s startup scene enter its next phase.

So. Who wants to go first?

Why European social and mobile gaming companies thrived in 2012

A look inside Germany’s startup industry: its startups, apps, entrepreneurs and VCs