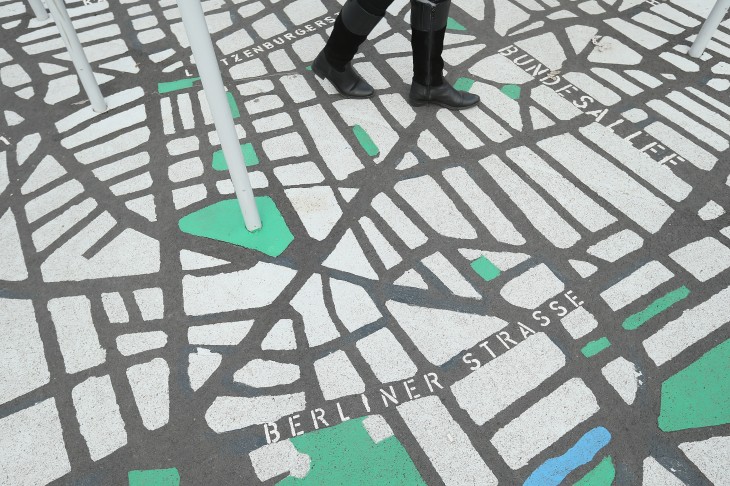 Over the next couple of weeks we’re planning TNW meetups in 12 countries around Europe to connect with our readers, interesting startups and investors. This, mixed with the insights of our editorial team, local experts and input from online Startup Awards nominations, will provide us with enough ammo to give you a solid overview of the tech scene, the successes, top apps, startups and investors.

Today we begin with Germany, UK, France, with many more to follow.

Germany has a very healthy and lively startup ecosystem. Main hubs include Hamburg and Munich, but Berlin is where Germany’s startup scene is most championed.

Whereas previously most German companies focused locally, often inspired by business models that work elsewhere, there seems to be a new breed of entrepreneur in the region, targeting the global market with fresh concepts.

The early days of successes like Spreadshirt, Xing, StudiVZ (the local Facebook equivalent), Zalando, Citydeal, Amiando and many more aided in providing ambition for young startups and entrepreneurs to follow.

Now, some of the most noteworthy companies in the German startup scene include SoundCloud (winner German Startup Award); popular task management app Wunderlist; game developer Wooga; app marketing platform Trademob; and the type of company that just works regardless of its geographic position, delivery service Lieferheld (part of DeliveryHero). Another company to keep an eye on is ResearchGate, a social network for scientists and researchers with over 2 million users.

Next: Top apps from Germany

Popular and beautifully designed photo sharing app EyeEm (iOS, Android, Windows), apparently pronounced as “I am,” is one of the first services that come to mind when discussing Germany’s top apps (see our previous coverage). Local mobile marketplace Stuffle.it (iOS) is worth mentioning too, as well as Wunderlist (iOS / Android) and Amen (iOS).

Make sure to also check out GogoGabi (iOS), an interesting take on your Facebook stream.

Next up: Top Web apps from Germany

Germany is home to hundreds, if not thousands of e-commerce companies. Fashion is as big as travel in germany and web shops pop up everywhere. Powerhouse Zalando is leading the pack; concepts like Bonusbox are growing fast and many other boutique shops are thriving.

Next up: The most beautifully designed apps from Germany

When is comes to design, Berlin is particularly known for cranking out new beautiful apps. Companies praised for their design and UI include Klashapp (iOS), social experience marketplace Gidsy, gaming developers Wooga, and quote.fm (iOS), a social network for quotes worth sharing (see our previous coverage).

Next up: Top Entrepreneurs from Germany

Next: Top Investors from Germany

Germany has a rich flock of investors and there’s a lot of capital flowing around and waiting for companies with great ideas, ambition and talented teams. Respected VC’s include Earlybird and Wellington Partners.

Additionally, a new breed of investor has arrived, sprung from previous successes and exits with more entrepreneurial backgrounds. Amongst them you’ll find TeamEurope, lead by Lukasz Gadowski of Spreadshirt fame. TeamEurope is quickly building out its portfolio with multiple rock-solid companies.

Hackfwd, founded by former Xing CEO Lars Hinrichs is also well-known, although it is still awaiting its first exit. Accelerator StartupBootcamp opened its German doors and is seeing quite some traction. Lastly, it’s impossible to forget Rocket Internet, the incubator by the famous Samwer brothers. They have had their fair share of controversy in the scene, but nobody can (and shouldn’t) deny the tremendous successes they have seen (check their impressive portfolio).

Next: Bonus – German events to attend

Events to attend in Germany

DLD, the invite-only event organized by Burda Media, is probably the hottest event in Germany. Held immediately before the World Economic Forum in Munich, it’s the place to go for some high quality networking.

Mlove is an interesting mobile event bringing together a good crowd from that mobile scene. The corporate trade show, Cebit, is huge and widely known. Another interesting corporate event is the NEXT conference in Berlin, not to be confused with The Next Web Conference. Also, check out this awesome location from the Pirate Summit.

Close to Germany and of course highly recommended for startups, investors, developers, entrepreneurs, marketeers, designers and biz peeps is our own awesome TNW Europe Conference (April 25-26) in the heart of Amsterdam. Check it out. Hope to see you there.

Read next: With 10% of its 2.5m users booking hotels on the go, Gogobot brings social travel app to Android