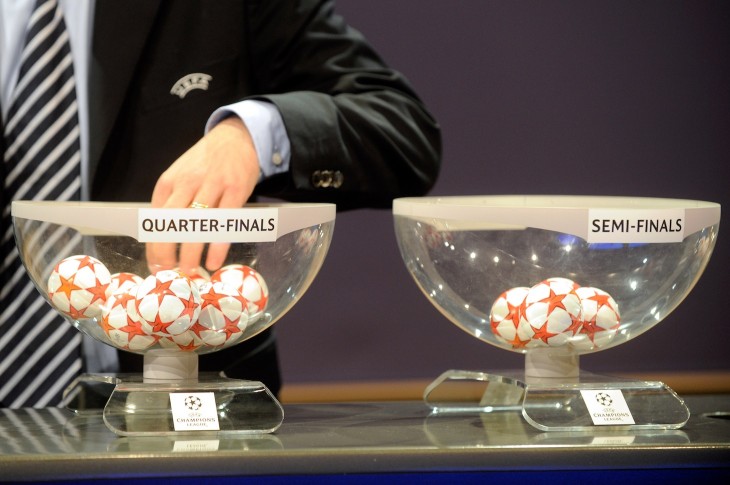 The Union of European Football Associations (UEFA) has announced today that Taiwanese smart devices maker HTC will become the official mobile phone and tablet computer partner for both the UEFA Champions League and the UEFA Europa League.

The three-year supplier partnership deal will run until the end of the 2014/2015 season, and also includes an association with the UEFA Super Cup, the UEFA Women’s Champions League final and the UEFA Futsal Cup finals.

The news is also interesting because it specifically references HTC’s tablet computer devices. The company’s last tablet device, the Flyer, was released in May 2011, didn’t make a dent whatsoever, and HTC hasn’t announced any upcoming tablets since.

Asked about its product roadmap on that front, HTC said … nothing:

Peter Chou, CEO of HTC, did comment on the UEFA deal, though:

“Football elicits so much passion around the world, so we are very excited to be able to enhance fans’ ability to enjoy two of the game’s biggest club competitions. We’ll be working closely with UEFA to offer surprising football experiences to all football fans, and to provide a richer overall mobile experience.”

The official partners of the UEFA Champions League are Heineken, UniCredit, MasterCard, Ford, PlayStation and Gazprom. HTC and Adidas are ‘official supplier partners’.

For the UEFA Europa League, Western Union is the presenting partner, while HTC and Hankook are official partners.

Meanwhile, its quarterly revenue numbers keep on inching downwards as it struggles to compete against the likes of Apple and Samsung.

Read next: Logitech takes on Apple with the launch of its new wireless keyboard and trackpad for Mac and iOS