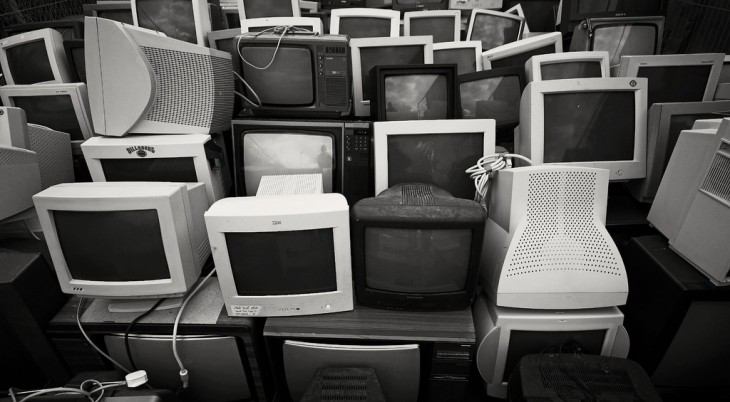 The European Commission (EC) announced today that it has fined seven major electronics companies — including Samsung, Philips, Panasonic, Toshiba — €1.47 billion ($1.92 billion) for participating in either one or two cartels that restricted pricing of CRT TVs and computer monitors.

According to the EC, the seven international companies participated in “either one or both of two distinct cartels in the sector of cathode ray tubes (CRT)” between 1996 and 2006, where prices were fixed, markets shared and customers allocated between the parties.

One restricted the market for TVs, while the other controlled the supply and sale of color displays used in computer monitors across Europe.

Chunghwa, LG Electronics, Philips and Samsung SDI were named in both cartels, with Panasonic, Toshiba, MTPD and Technicolor participated in the TV cartel.

Interestingly, Chunghwa played the role of ‘grass’ and was given full immunity from fines, after it revealed the existence of the cartels to the European Commission. When the other parties cooperated with the Commission, they were given a reduction in their fines.

This meant that Chunghwa’s fine was reduced from a total of around €17 million to zero, while Samsung SDI was handed a €150.8 million fine, Philips €313 million, LG Electronics €295 million, Philips and LG Electronics (in a separate combined fine) €391 million, Technicolor €38.6 million, Panasonic €157 million and Toshiba with a €28 million fee to pay.

“These cartels for cathode ray tubes are ‘textbook cartels’: they feature all the worst kinds of anticompetitive behaviour that are strictly forbidden to companies doing business in Europe. Cathode ray tubes were a very important component in the making of television and computer screens. They accounted for 50 to 70% of the price of a screen. This gives an indication of the serious harm this illegal behaviour has caused both to television and computer screen producers in the EEA, and ultimately the harm it caused to the European consumers over the years”.

According to the report, the seven companies were organised to the point that they were able to control the output and implementation of their operation so that it complied with manufacturing audits and did not exceed capacity restrictions, so it was undetectable when authorities conducted site visits.

To organise the cartel, executives were said to plan meetings in various locations across Europe and Asia — known as “green meetings” because they were almost always followed by a round of golf — whereas implementation meetups were said to be held on a weekly, monthly or quarterly basis by lower ranked personel.

The companies involved are believed to have entered agreement to soften the impact of a decline in CRT sales, colluding on pricing by controlling their production output knowing that it was illegal.

This was demonstrated by a secret documents sent between the parties involved, which warned: “Everybody is requested to keep it as secret as it would be serious damage if it is open to customers or European Commission,” while others would add: “Please dispose the following document after reading it”.

Read next: Russia's Mail.Ru Games expands in Asia as it teams up with social gaming giant GREE