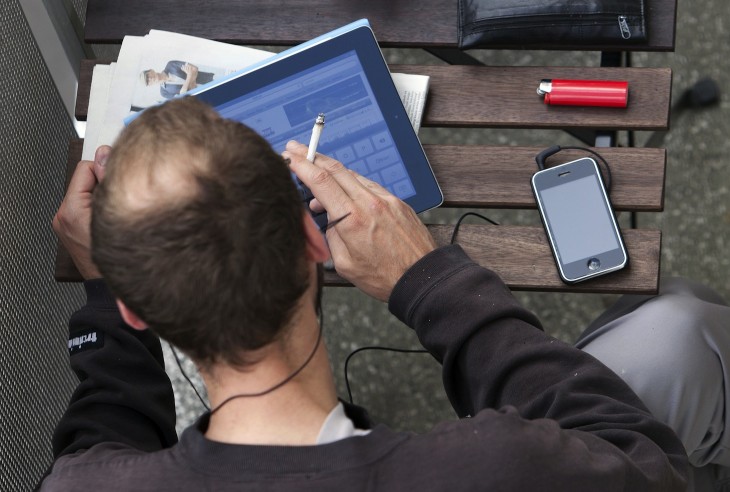 According to a brief post on comScore’s Data Mine blog, roughly one out of six European smartphone owners also have a tablet.

The measurement and audience tracking company looked at data from the ‘EU5’, a group of five European nations with comparatively large economies, namely France, Germany, Italy, Spain and the United Kingdom, and found that smartphone penetration is now at 53.7 percent.

According to comScore, this represents nearly 130 million people who’ve used a smartphone in the three-month average ending September 2012.

Of those, 15.5 percent also own a tablet, compared to only 9.3 percent last year. Clearly, the number of people suffering from multiple mobility disorder is steadily increasing.

You can find comScore’s ‘Data Gem’ chart below.

The UK ‘leads’ with 17.7 percent of the smartphone audience also owning a tablet, with Germany ‘trailing’ at 12.8 percent.

Italy and France are on par with each other and closest to (but below) the EU5 average estimated by comScore.

Your turn, now: do you own both a smartphone and a tablet?

Read next: Two free tickets for LeWeb up for grabs, and a discount for TNW readers!