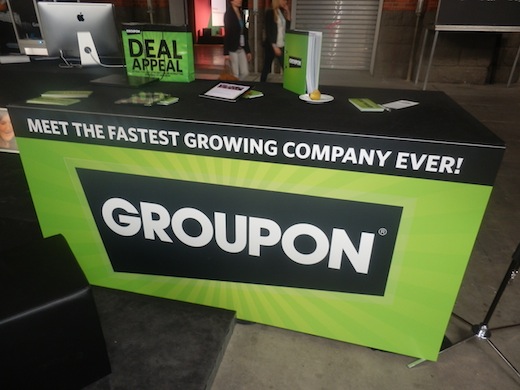 These are tough times for Groupon, with a nose-diving share price and some even contemplating its demise.

But the crisis-hit mega-startup, which was founded in 2008 and is now worth billions, is refusing to capitulate, pressing on with its expansion plans.

And that spells good news for Berlin – the US firm will officially open its swanky new international headquarters in the German capital next week on Thursday.

Set to be the home of operations for 40 different countries, the building will house over 1,000 employees.

Groupon founder and CEO Andrew Mason will be in town to cut the ribbon on July 19, alongside the Mayor of Berlin Klaus Wowereit and other public figures, politicians and media.

Berlin has been an important centre for Groupon since it acquired German clone Citydeal, which is based in the city, in 2010. Since then, a large portion of its international operations have been based in Berlin, second in size only to the company’s Chicago home, but offices have been scattered all over the city.

This will change with the move into the former Sat. 1 building, nestled amongst a forest of suits and Blackberries in one of Berlin’s most prestigious areas near Gendarmenmarkt, consolidating the operation in a very swanky part of town.

Despite Groupon’s problems, the vote of confidence in Berlin – in which it is joined by the likes of Etsy – will perhaps encourage other US-based tech startups to make the city their European home.