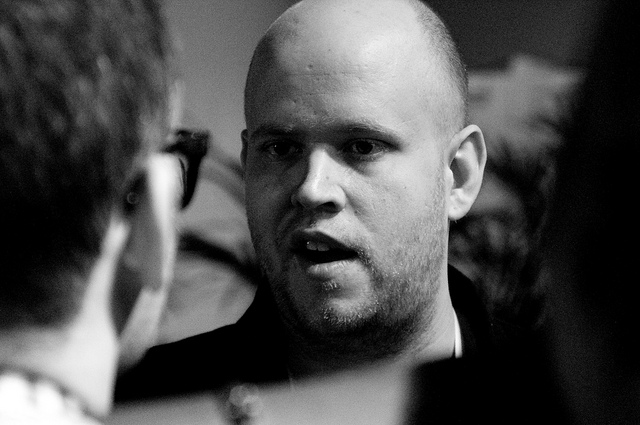 As Spotify’s valuation continues to creep upwards its founder Daniel Ek has seen his stake in the company valued at £190 million ($307 million), helping him rank joint-tenth in the Sunday Times’ Rich List of music millionaires.

The Rich List, which looks at the 1,000 richest people in the UK and the top 250 in Ireland and is published on April 29, has been expanded to reveal the wealthiest individuals in music.

It is led by Jive Records co-founder Clive Calder (worth £1.35 billion), followed by theatre producer Sir Cameron Mackintosh (£725 million) and then Sir Paul McCartney and his wife Nancy Shevell (£665 million).

The Sunday Times’top ten is made up of musicians and music moguls including U2, Simon Fuller, Simon Cowell and Elton John, but Spotify’s Daniel Ek is the only new entry in the Sunday Times’ music-centric millionaire listing. He is worth an estimated £190m on the back of his company’s £1.2 billion valuation.

A native Swede but based out of London, Ek is now estimated to be worth as much as the Beckhams and Rolling Stones frontman Mick Jagger.

Recently, Spotify has overhauled its Android application, announced a global partnership with Coca-Cola and provided new ways brands and webmasters to embed Spotify tracks directly on their websites. Ek himself has said that the long-awaited Spotify iPad app  is “coming soon”, providing subscribers with new ways to interact with the service.