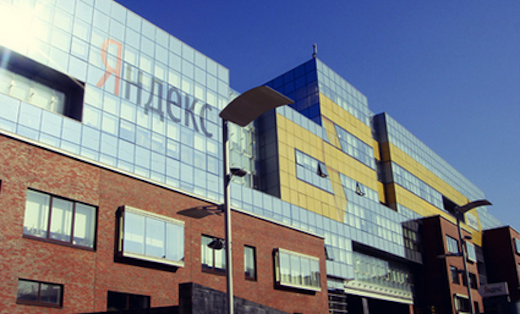 Exclusive – Yandex, the Russian search and online services giant, has become the first corporation to join the list of angel and institutional investors currently backing Seedcamp, Europe’s leading early-stage micro seed fund and mentoring programme. Yandex, which is one of the largest companies in Europe’s biggest Internet economy, has invested in Seedcamp’s second, 5 million euro fund.

The company thus gains an indirect stake in all the companies Seedcamp has already backed with the fund (20 existing ones to date) and all the startups it will back in the future, at least out of this fund.

Current Seedcamp portfolio startups include fledgling companies from all over Europe, like Vox.io, Milk.ly, Mopapp, Erply, TransferWise, Holvi and Checkthis.

Reshma Sohoni, co-founder and co-manager of Seedcamp, tells me:

Seedcamp is thrilled that a tech heavyweight like Yandex is backing us and is so dedicated to the European startup ecosystem.

We always hear about stories of US leaders and the active role they play as buyers, partners, dominators … so it’s fantastic to see Yandex being nimble and active in startup world, especially because it’s a homegrown European leader.

Companies like Facebook, Google and Microsoft also support Seedcamp in a variety of ways, mostly by sponsoring, but this is the first time a major Internet company has directly invested in an early-stage fund / startup accelerator.

Neither Yandex or Seedcamp wanted to say how much the Russian Internet giant has invested in the fund, exactly, but a Yandex representative told me they invested the maximum amount Seedcamp would let them. From what I can gather, institutional investors pumped an average of 250,000 euros into the London-based early-stage investment firm for its second fund.

Now that Yandex has invested in Seedcamp, it will actively participate in the selection and advisement of startups, and help them (as well as Seedcamp proper) better understand the Russian market and identify market opportunities.

In addition, Yandex will occasionally make direct follow-up investments in Seedcamp portfolio startups, the company said in a statement to The Next Web.

In 2011, Yandex also kicked off its own seed investment program, called Yandex.Factory. The company says over 2,000 teams have applied for investment since the start of the program, and has so far backed about 5 of them.

Read next: Why the enterprise matters and deserves your attention