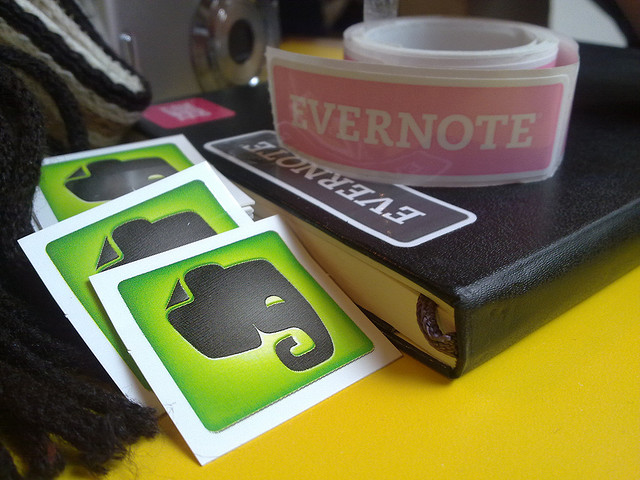 Phil Libin, CEO of Evernote and Paul François Fournier, EVP at Orange, took to the stage at LeWeb 2011 to announce the service’s very first European partnership which will see the mobile operator provide customers with one year’s free access to Evernote Premium.

The note-taking specialists already have a deal with Japanese operator DoCoMo but has moved into the European market to offer Orange customers access from Spring 2012. The carrier — which has a massive presence in France, the UK and a number of other countries — aims to roll out the free subscription to all of its subscribers across Europe.

Evernote, which now has more than 20 million users since it launched it service three and a half years ago, yesterday announced that it had released two new iPhone applications; Evernote Food and Evernote Hello – allowing iPhone users to chronicle their food experiences and remember the people they meet, and where they met them.

Libin said that the company had gone from “5 million to 20 million users in a year” adding that “people can’t give it up after one month of use”.

Of its 20 million users, more than 750,000 of them are paying subscribers, utilising the service on the desktop and via their mobile devices. Paying customers are contributing around $45 a year, ensuring that Evernote is now pushing $34million annual revenues.

It’s been a busy two days for Evernote, announcements that show that the company has no intention of slowing its growth. If you happen to be an Orange customer, take advantage of the free subscription – it could change your life.

Read next: Google India hit by tax demand over alleged non-disclosure of income