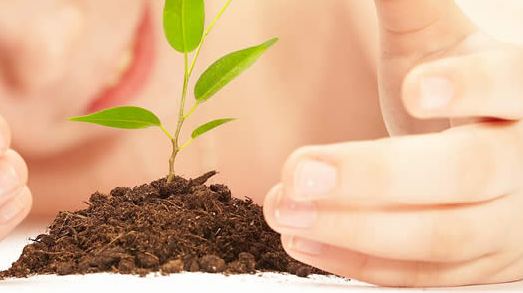 We’ve written extensively about Seedcamp in the past. Back in January, we covered twenty European startups that pitched at a Seedcamp event in London, and in March we reported on its new partnership with Facebook. The European seed investment and mentoring program then went transatlantic in June, for a mini Seedcamp and we introduced the four startup winners in July.

And this week, twenty of the most promising European startups have again gathered in London for Seedcamp, which could see the next wave of technology behemoths come to the fore.

We met up with the good people at Seedcamp earlier this week, to get a picture of where the programme is heading in the future, and it seems there’s a number of new partnerships and funding initiatives on the horizon, aimed at boosting the European startup ecosystem. Indeed, Seedcamp laid out its plans to be in the ‘Ivy League’ of funding and mentoring programmes – up there with Y Combinator and TechStars.

So…what IS happening at Seedcamp? Let’s take a look.

Globalization is one of the biggest business buzzwords, and as such Seedcamp is looking to build bigger bridges into the US, developing on its existing annual roadshow which has been happening Stateside since 2008, where it has strived to network with potential customers and investors.

Its endeavors over the past few years has already resulted in bringing on board US investors for some of the startups, and Seedcamp has announced the first official partnership in the US with 500 Startups, which has already invested in 3 Seedcamp companies (ERPLY, Brainient, and LOOKK). The partnership will mean that Seedcamp companies that need to have a presence in the US quickly will have a much stronger landing pad than they would otherwise have.

“500 Startups is a global seed fund & incubator – we’ve already invested in 3 SeedCamp companies, and we keep coming back for more. Our experience bringing international startups to the US is a great match for SeedCamp startups, by helping them improve their product & marketing efforts, as well as making introductions to Silicon Valley mentors and platform companies such as Facebook, Twitter, Google, YouTube, & PayPal.”

AngelList and Seedcamp Partner in the US

Whilst Seedcamp is seeking to strengthen its presence in the US for its startups, it’s also looking to do the same for companies that apply to Seedsummit, its platform for helping young companies find seed investors. As such,  Seedcamp is partnering with AngelList to help connect more of the founders from the EMEA region with investors elsewhere. Seedcamp is the first partner of AngelList in Europe.

There are a number of regional tech ecosystems and clusters across the EMEA region, and Seedcamp will be looking to tap into this existing support network by partnering with startup events which will feed into the regional Seedcamps. Winners of these events will receive a spot in the relevant regional Mini Seedcamp.

The partner events include:

There will be more event partnerships announced across the EMEA region and globally.

Seedcamp is implementing what it calls an Expert in Residence Program that will strive to connect Seedcamp startups with Advisors. This program will enable the mentors that want to work more closely with the startups to do just that, beyond a 1-day mentoring event and into a longer term initiative. Seedcamp will provide guidance to both parties on how the relationship is established, including any documentation needed to formalize the relationship.

Whilst connecting startups with more mentoring and investment opportunities will be a bigger focus for Seedcamp moving forward, it’s also looking to better engage with the corporate world, providing established ‘big’ companies with easier access to innovation and opening doors for startups to gain potential customers and expert insights.

This will herald the start of the Founders Pack, where over £50,000 of value in services is offered by big companies, including Facebook which is its Platinum Founder Sponsor. These services could constitute anything from advertising to business services. You can see the full list of sponsors here.

In addition to Founder Sponsors, there will also be Annual Sponsors from big corporates, such as Microsoft which has been on board for a number of years, and Qualcomm which is now on board too, as a Seedcamp Week sponsor and a yearly sponsor for 2012.

Seedhack is a new initiative kicking off this month, which will see the first hacking weekend aimed at helping connect corporations, tech companies and hackers to solve problems – the inaugural weekend will look at tackling themes such as health and big data. This will take place a few times each year, with other themes thrown into the mix along the way.

Seedcamp has also announced further inbound investment, and it has raised an additional €2m which takes its pot up to €5m in total, following the €3m it secured last September. It has many new investors on board, from across the US and EMEA.

Finally, Seedcamp announced plans for its Advisory Board for the next year, where leaders from across many disciplines will advise and support the various Seedcamp initiatives around the world.

Looking to the future…

In the buildup to Seedcamp Week, we interviewed one of Seedcamp’s participants from 2010, Lookk, to see what it had gleaned from the experience.

Under its original name of Garmz, it won a ‘Mini Seedcamp’ event in Zagreb, Croatia before participating in the Seedcamp Week in London where it secured a £50,000 investment. And the startup is going from strength to strength.

With all these new developments in the works, Seedcamp might just be laying the foundation for what could really kick-start something special in the European tech startup scene. And if it really wants to be in the so-called ‘Ivy League’ of investment and mentoring programmes alongside Y Combinator and TechStars, then it’s moving in the right direction.

Read next: Amazon's 'Click & Collect' service is coming to the UK