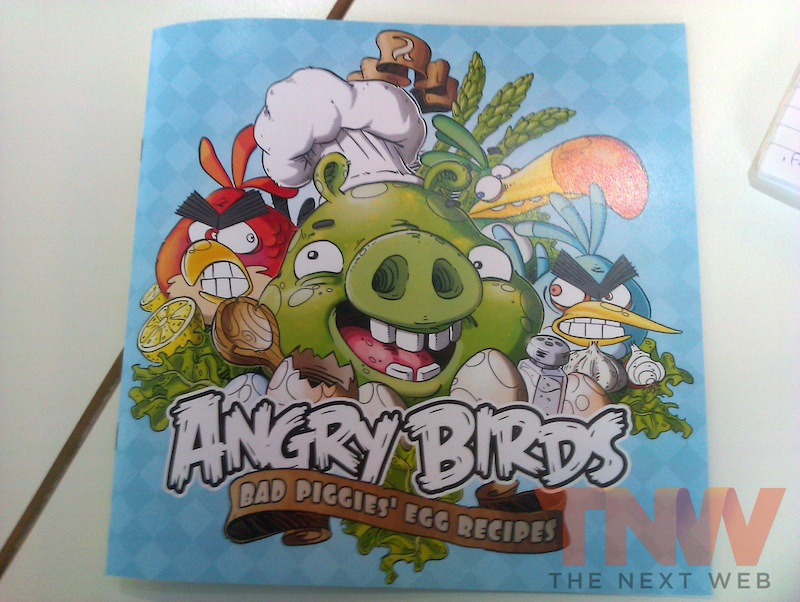 The Next Web are currently exploring the wilds of Finland and today we are inside Rovio’s headquarters in Espoo, taking a look behind the scenes of one of the world’s biggest mobile gaming companies.

Earlier we reported that Angry Birds is now being downloaded over one million times a day, recently passing the 250 million download milestone.

The company also announced that it is to release an egg-themed cookbook, and we have had the chance to take a look at the culinary masterpiece known as “Angry Birds: Bad Piggies’ Egg Recipes”:

We weren’t allowed to take photos of the recipes but from what we did see, you will be able to make Puffies Popovers, Gallic Garlic, Lacto-ovo Vegetarian – sounds absolutely delicious…

The cookbook is due to be released soon, we will let you know when it is.