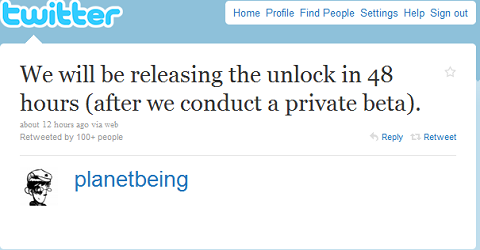 3D printers have been around for quite some time, but they’ve yet to see the light of day when it comes to a practicality, both in size and cost. But all that could change with a recent innovation from The Vienna University of Technology.

A joint effort produced by both the Mechanical Engineering and Chemical Research teams at The Vienna University of Technology has yielded a functioning 3D printer that weighs just 1.5 kilos (3.3 lbs.), measures less than the size of a shoebox, and has a projected cost of around 1,200 EU ($1,700).

The printer works around a simple principle: the object to be produced is printed from a 3D image file (converted to an .stl format) in a small tube filled with the developed synthetic resin. This resin is then in turn exposed to light at precise points. Wherever the resin has been illuminated, it hardens to a layer less than a twentieth of a millimeter thick, allowing for extraordinary precision.

What separates this 3D printer from its predecessors is the use of light emitting diodes (LED), which have allowed for high intensity discharge lighting focused on highly specific locations. Upon viewing the mandatory covering that accompanies the printer, I asked Vienna researcher Klaus Stadlmann if there was any particular danger in using the object. “Not at all. The reason for the protective cover is actually not for the user, but for the resin. Naturally, this resin is very sensitive to light, so this cover filters out the UV rays that the LEDs produce, thus affecting the resin.”

Watch our demo with the printer below:

The micro-3D printer is capable of producing a 1 cm object per hour, “but this is independent from the base area,” explains Stadlmann. “It’s really dependent upon the dimensions of the object to be produced in a set direction, or number of layers you want to build. We’ve yet to optimize this process though, as this device is simply meant to demonstrate that the technology can be produced at this micro level.”

And while it might take some time to speed up the process, based on what the printer is capable of, a number of biologist and physicians are quite interested in 3D printing technology. It might not quite be regeneration science, but Stadlmann and Co. have successfully demonstrated that objects produced with their printer could be used as a basis for the natural growth of bone within the human body.

“Using a standard technique, you can not go ‘inside’ the material. We can now create the dense outer structure of the cortical bone, as well as the internal structures that could support life,” adds Stadlmann. Naturally, inserting any foreign objects into the human body could lead to a rejection, specifically of the chemical type. “Yes, this is something that our colleagues in the chemistry department are working on. Ideally, we’re aiming for a compound that’s structural enough to help the body repair, but then 3-4 weeks later has naturally dissolved and leaves no remnants in the body.”

To be clear, this innovation from The Vienna University of Technology is not designed to crank out any replacements for the Star Wars action figure set mom pitched when you left for college, but rather, it offers the opportunity to produce tailor-made, specialty items on very small scale. Stadlmann points to practical applications in the health and medical fields as noted above, specialized parts replacements, or even self-designed jewelry, custom printed within a few hours.

When asked about the origins of the project, Stadlmann admits that the micro-printer has a non-typical backstory. “I usually work with lasers, and other technology, and the main laser for a project was somehow broken. I spoke to my doctoral adviser, and said, ‘Well, I have the time now…let’s do it.’ The only condition was that my advisor wanted it in time for Christmas.” From then on out, Stadlmann’s story reads like a page from every great investors checklist, with weekends, evenings, and holidays spent building the worlds smallest 3D printer prototype.

Before eagle eyed techheads start pointing out the RS232/Serial connectors on the back of the device, I asked Stadlmann about the connectivity, and why not a USB or even Thunderbolt connection? “It actually is a USB connection from the computer to the printer. The signal is simply converted by a cable to a D-sub connector. No worries, if we start shipping, the cable will be included.”

Sound like something you’d want in your house? You’ll have to wait a little longer for the future of 3D home printing to arrive.

Read next: checkthis: For when even Tumblr is too much effort [Invites]