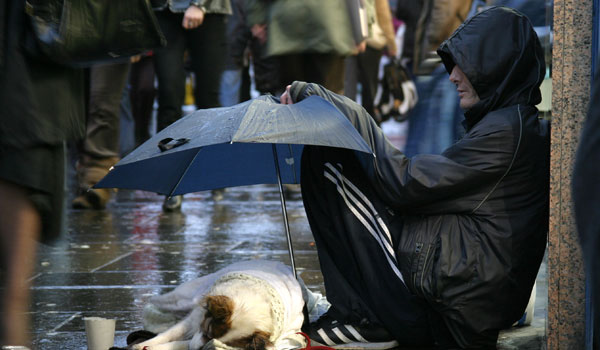 Grid computing is an amazing thing. It allows willing users to offer their computer’s spare processing power up to organizations doing medical and scientific research, bringing about breakthroughs in the field faster than ever before.

Petascale computing is the current standard among supercomputers and large grid computing networks, which refers to a system capable of processing one quadrillion floating point operations per second. That’s a whole lot of computing power, but experts believe that a step up to exascale computing could bring about a huge range of breakthroughs that the current systems won’t be able to crack for a long time. In December 2009, Computerworld estimated that the world would see exascale computing by 2018 — that’s a thousandfold increase on the existing petascale standard.

The new grid computing startup Charity Engine, which announced its existence to the world today at The Next Web Conference, believes it may be able to achieve exascale computing by the end of next year. Based out of Manchester in the UK, the company was founded by Mark McAndrew and his partners Mark Roberts, Paul McAndrew and Rob Pearce. Mark was one of the first users of the [email protected] screensaver, famous as one of the first grid computing projects that made use of regular people’s home computers.

Looking for aliens has a nice ring to it, but grid computing was soon adopted by those in other scientific fields, particularly for medical research. That’s where McAndrew saw room for improvement. With 100,000 pounds in funding, the creator of [email protected] as an advisor and the GridRepublic programming team, McAndrew’s people got to work.

Today, they announced a $10,000 prize draw when the network exceeds more CPUs than the world’s faster supercomputer. If the number of Facebook users who have expressed an interest in the program is any indication of the number of users that’ll take part at launch, the goal has already been met. The platform goes live July 31st, 2011.